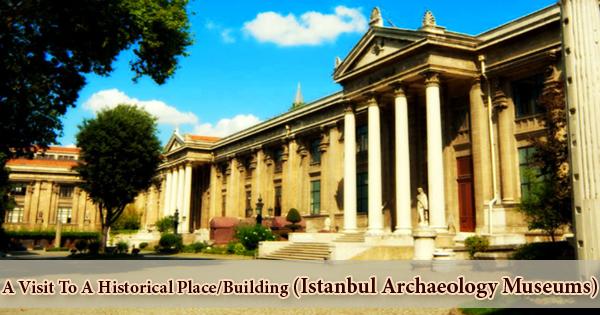 A Visit To A Historical Place/Building (Istanbul Archaeology Museums)

The Istanbul Archaeology Museums (Turkish: İstanbul Arkeoloji Müzeleri) consists of three different museums on the site, including the Museum of Archaeology, the Museum of the Ancient Orient, and the Tiled Pavilion. These museums are one of the world’s richest archaeological museums, situated in the Fatih district of the Sultanahmet district, along the Osman Hamdi Bey ramp, located in Istanbul’s Eminönü district, Turkey, near Gülhane Park and close to Hagia Sophia and Topkapi Palace. Istanbul Archaeology Museums, which were founded at the end of the 19th century by the famous artist and museum director Osman Hamdi Bey as Müze-i Humayun (Empire Museum), were opened to the public on 13th June 1891. In addition to its significance as the “first Turkish museum,” one of the museum buildings designed as a museum in the world is significant and specialized. Today, with more than a million works belonging to different cultures, it still safeguards its outstanding position among the world’s largest museums. The Istanbul Archaeology Museums consists of three museums: 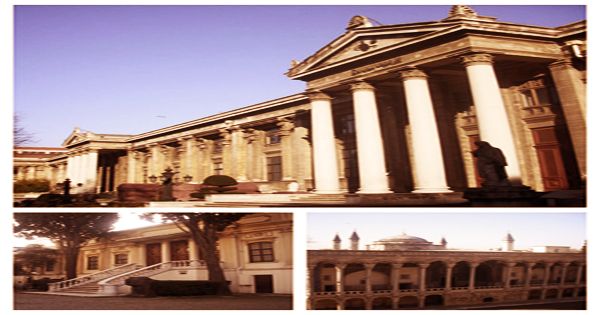 It houses over one million artifacts that in world history represent almost all of the eras and civilizations. The history of the Archaeological Museum of Istanbul dates from the Ottoman era. Müze-i Humayun, known as the State Museum, was the first museum opened in the Ottoman era, established in Hagia Irene with the efforts of the Marshal of Topkapi, Ahmed Fethi Pasha. There were two main parts of the museum, Mecma-i Asar-i Atika, known as the Collection of Antiquities, and Mecma-i Esliha-i Atika, known as the Collection of Old Arms.

Also designed by the renowned architect Alexandre Vallaury, and again by Osman Hamdi Bey in 1883, was the Museum of the Ancient Orient. And the Tiled Pavilion, the third museum of the complex, was built in 1472 by the order of Fatih Sultan Mehmed. It has the architecture of the Seljucks, which is the only one in Istanbul. In the museum collections, from the regions of the Balkans to Africa, from Anatolia and Mesopotamia to the Arab Peninsula and Afghanistan, which were on the borders of the Ottoman Empire, there are rich and very important works of art belonging to different civilizations. Istanbul Archaeology Museums are also among the world’s top 10 museums planned, constructed, and serving as museum buildings, as well as the first in Turkey. There are very quiet and lovely courtyards and gardens on the site of the Istanbul Archaeological Museums. The buildings and architecture of the museums are very impressive as well. There are small stone works, pots and pans on the upper floor of the two-storey building, small terracotta statues, the Treasury Department, and about 800,000 Ottoman coins, seals, decorations, medals, and non-Muslim and Muslim coin cabinets in which coin molds were housed, and a library with about 70,000 books. Popular tombs such as the Skender Tomb, Weeping Women Tomb, Satrap Tomb, Lykia Tomb, Tabnit Tomb, which are in the Sayda king’s graveyard, are displayed on the lower floor saloons of the house. The museum won its 100th European Council Museum Award in 1991. With the new arrangement made in the lower floor saloons and the Additional Building show, Establishment Anniversary. The Archaeological Museum of Istanbul, which are closed on Mondays, can be visited in the summer season between 09.00-20.00, and in the winter season between 09.00-17.00.