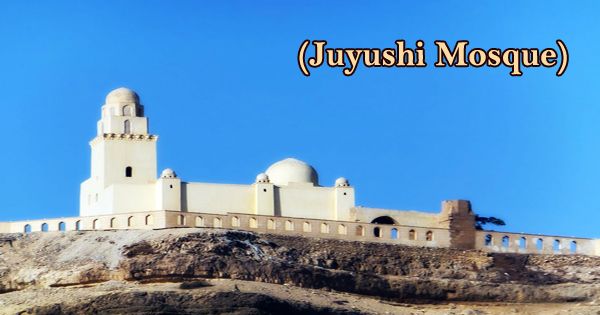 In 1085 AD, under Badr al-Jamali (Commander of the Armies), the Juyushi Mosque (Arabic: الجامع الجيوشى‎, lit. ‘Mosque of the Armies’) was founded in the Imam Mustansir period. This is one of the historic mosques of the Fatimid Caliphate period in Egypt. Under the patronage of Imam-Caliph al-Mustansir Billah, the mosque was completed in 478 AH/1085 CE. To ensure a view of Cairo, it was constructed at the end of the Mokattam. It is an asymmetrical rectangular building consisting of masonry and brick rubble. The entrance vestibule leads to a minute courtyard, flanked by vaulted rooms on both sides, presumably intended for residential purposes, since they have no access to the hall of prayer. The mosque’s foundation has an inscription which defines the structure as a Mazar (Arabic: مشهد‎, lit. ‘shrine’). A transitional, cross-vaulted vestibule, identified on its courtyard side by a triple-arched portico, leads to the square dome chamber and to the right and left of two cross-vaulted extensions. While dedicated according to its inscription as a “Mashhad”, this mysterious structure is not considered to be anybody’s burial place. The mosque was probably used by Sufis as a monastery in the Ottoman era. There is one dome and a minaret in the mosque. The middle of the mosque has a wide courtyard. The door to the minaret beside the prayer hall is the entrance. It has 2 rooms, one on either side of the minaret. A rectangular shaft with a second receding story is the minaret. There is a dome on it that is similar to the one above the mihrab. The Minaret has a cornice embellished with muqarnas. 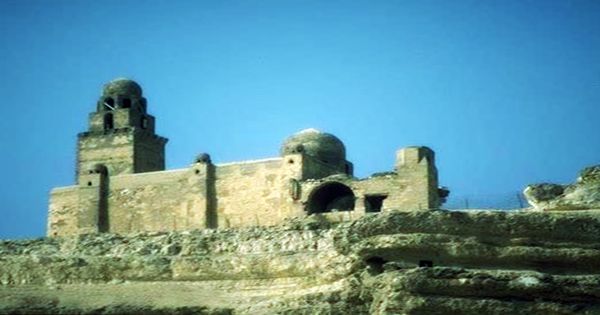 Since the Armenian vizier and former governor of Syria, Badr al-Jamali, was also attributed to the second occurrence in Egypt of this muqarnas element, which is in the wall of Cairo next to Bab al-Futuh, it was suggested that this Persian motif was introduced through Armenian and Syrian mediation into Egypt. It is also claimed that the square shaft of the minaret is Syrian-inspired. The mihrab, which is surrounded by a panel of alternating bands of Qur’anic inscriptions and arabesque leaf patterns, all in carved stucco, is a striking feature of the interior. Oleg Grabar indicated that this Mashhad was a shrine to victory commemorating the restoration of order by Badr to the Caliph al-Mustansir. The presence of domed edicules excessively little on the rooftop for any strict reason and the swelled minaret stature for an underpopulated locale, for example, al-Muqattam have driven others to rethink this structure as a protective watch-post deliberately positioned at the edge of the capital and masked as a little mosque. The mosque was a ruin in the 20th century. The mosque was reconstructed by the Dawoodi Bohra group under the leadership of Mohammad Burhanuddin, after having studied the structure. During the reconstruction, architectural elements from other Fatimid buildings in Egypt were used as hints as to what to place where.