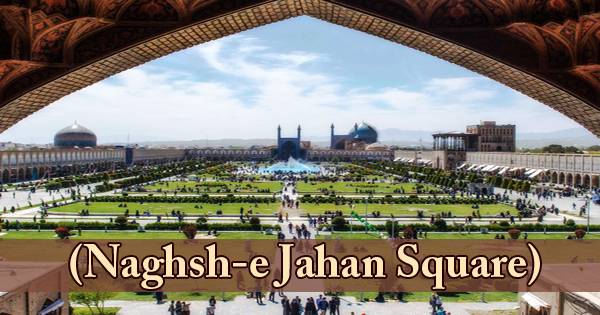 A Visit To A Historical Place/Building (Naghsh-e Jahan Square)

Established between 1598 and 1629, Naqsh-e Jahan Square (Persian: میدان نقش جهان‎ Maidān-e Naghsh-e Jahān; trans: “Image of the World Square”) is now a significant historical site and one of the UNESCO World Heritage Sites. It is also known as the Imam Square (میدان امام), and Shah Square (میدان شاه) prior to 1979, is a square situated at the center of Isfahan, Iran. This square’s design makes it unique in its form. There is a Bazar, a religious center (mosque), and a government center within the architecture of Iranian squares. Its shape is 1,840 ft long with a rectangle 520 ft wide. It is also known as Imam Square or Shah Square. Buildings from the Safavid period surround the square. For more than 400 years, Naqsh-e Jahan Square has existed. 83500 square meters is the arena of this magnificent square. Naqsh-e Jahan Square currently has a bigger area than most of the world’s popular squares. Ali Qapu Palace, Shah Mosque (also known as Imam Mosque), Sheikh Lotf Allah Mosque, and Qeysarie Gate, situated in the middle of the rectangle, are surrounded by two hundred two-storey chambers. Today, Namaaz-e Jom’eh (the Muslim Friday prayer) is held in the Shah Mosque. On the reverse of an Iranian banknote of 20,000 rials, the square is depicted. The square has been used throughout history to conduct all forms of festivals, parades, and ceremonies, such as national, governmental, and common ceremonies. 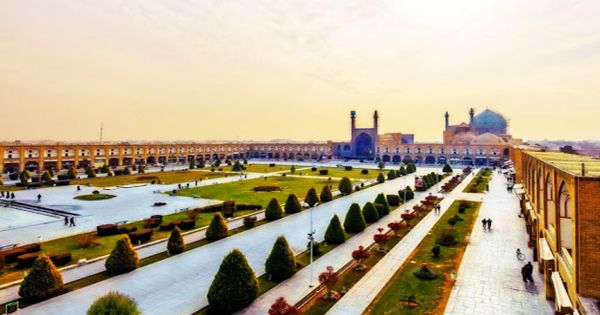 In the 17th century, it was one of the largest and most elegant squares in the world. This square was the place to hold royal festivities during the reign of Abbas The Great and his successors, to play polo (a horseback game played between two opposing teams with the aim of scoring goals by using a long-handled wooden mallet to strike a small hard ball through the goal of the opposing team), military parade, illumination, celebrations, and various shows. At the north and south ends of Naqsh-e Jahan Square, the stone goal posts still remain. It was a perfect place for people to stroll and shop and keep the big Jome Bazaar on the other days (open space market in Fridays). The square dwarfed any contemporary plazas in Europe, measuring 512 by 159 meters, and tourists from that area often reflected on the architectural vision of the Shah. Initially, the square was intended as the site of state ceremonies and sporting activities, but by 1602, with the building of two-story shops along the perimeter, which remain in use today, the Shah had incorporated a commercial aspect. The square will be cleaned off for public ceremonies and festivals every now and then. One such occasion will be the annual Nowruz gathering, the New Year of Persia. The square is built to be viewed intelligently as a polo field; its goals also influenced how the game was played. All around the square, there are typical shops for visitors/travelers to explore. Carriage rides are also a great way to see Naqsh-e Jahan Square’s elegance. At night, tens of thousands of lanterns mounted around the perimeter illuminated the whole ensemble. To this day, this complex has survived intact and is currently considered a UNESCO World Heritage Site.