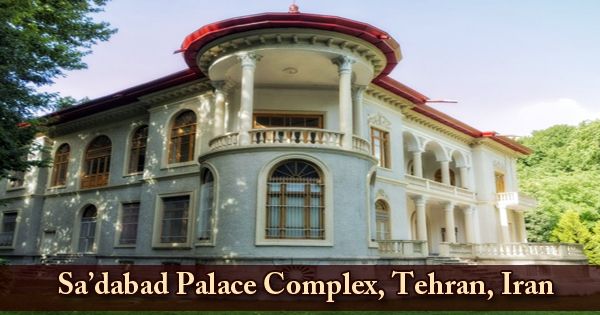 The Sa’dabad Palace Complex (Persian: مجموعه سعدآباد‎; Majmue ye Sa’dābād) located in Shemiran, Greater Tehran, Iran, is a magnificent museum north of Tehran and is a 300-hectare complex designed by the monarchs of Qajar and Pahlavi. The complex consists of several palaces, as well as parks, streets, and museums, and was built in the 19th century. More than 1 sq. km is the general area of the complex. The exhibition at the Museums explores various facets of Iranian mythology, art, and culture, and is a complex introduction to the history and life of Iran’s last Shahs in the 19th and 20th centuries. Today, the President of Iran’s official residence is situated adjacent to the complex. More than 180 hectares of natural forest, avenues, qanats, galleries, mansions, palaces, and museums are included in the complex. Situated in the refreshing foothills of Tochal and Darband, the cultural and historical complex of Saadabad occupies an area of 110 hectares. Saadabad lies in the Alborz Mountains from the north, Golabdare from the east, Velenjak from the west, and Tajrish from the south. In the 19th century, the complex was built and belonged to the monarchs and their families of the Qajar period. Shah Reza Pahlavi added some structures to the complex in the 1920s and used the palace as a summer residence. His son, Mohammad Reza Pahlavi, relocated there in the 1970s. The complex became a museum in 1979, following the Islamic Revolution. The Organization of Iranian Cultural Heritage manages and maintains the complex. 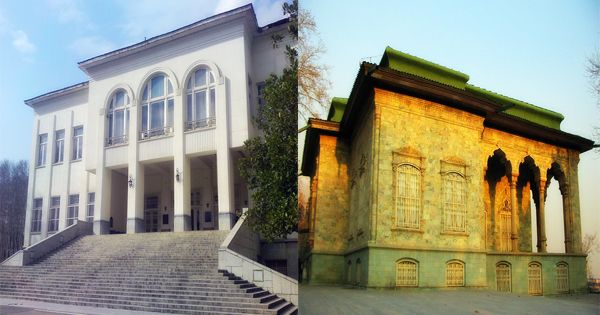 The White Palace and The Green Palace

Museums, which are open to tourists, are a major part of the complex. Other parts of the Office of the President of the Islamic Republic of Iran are actually being used. 18 buildings are part of the complex, 10 of which are open to the public. 4 of the buildings are at the hands of the agency of the presidency, 3 of the complex’s host administration. The White Palace (Palace of the Nation) and the Green Palace (Shahvand Palace) are the two most notable buildings. The Green Palace (Reza Shah Pahlavi Palace) is one of the most beautiful buildings in the garden, situated on a hill north-west of the Sa’dabad complex. Due to the use of rare green rocks and beautiful marble from the Khamseh Zanjan and Khorasan marble mines, which are used to decorate the facade of the building, the palace is also known as the Marble Palace. The Mirror Room, where all the mirrors on the wall are decorated with gypsum flowers and covered with 70 meters of beautiful handmade Mashhad carpet, which is the artwork of Master Abdolmohammad Amuroghli, is one of the most magnificent and beautiful parts of this palace. The complex is run by Iran’s Cultural Heritage Agency, responsible for most of the country’s artifacts, sites, and cultural aspects. The White Palace is the Saadabad Palace’s principal palace and the largest mansion in this series. It is also called the Melat Palace Museum, but it is also referred to as the white palace due to its white hue. The complex’s other buildings contain numerous museums. Visitors will enjoy works of art from various parts of the world, oil paintings from the Safavid, Afshar, Zand, and Qajar periods, miniatures drawn by Hossein Behzad and Klara Abkar, and Iranian calligraphy. Luxury vehicles, royal clothes, Iranian military outfits of various eras, and Iranian lifestyle and agriculture are displayed in other museums.