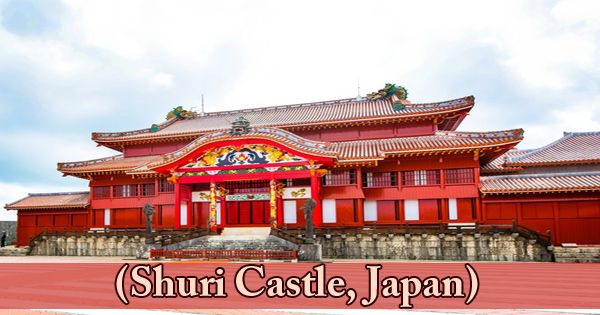 A Visit To A Historical Place/Building (Shuri Castle, Japan)

Shuri Castle (首里城, Shuri-jō, Okinawan: Sui Gushiku), Japan, an ancient palace, served from 1429 to 1879 under the Kingdom of Ryukyu. In 1945, it was almost completely destroyed during the Battle of Okinawa. The castle was re-purposed as a university campus after the war. The palace has remained a historical and cultural landmark of Okinawa in recent years, with traditional red roofs and stone walls constructed for defense. Shunbajunki, the second king of Chuzan, built the castle in the 13th century, and it was to play a key role in many of the conflicts in the centuries that followed. During the Second World War, the defeat of the Okinawa Battle in 1845 left the castle almost entirely ruined. Formerly used as a home for kings, the citadel was gone and city security was gone. The central citadel and walls were largely rebuilt on the original site based on historical documents, photos, and memory, beginning in 1992. Shuri Castle was listed as a World Heritage Site in 2000, as part of the Kingdom of Ryukyu’s Gusuku Sites and Related Properties. It was a royal court and administrative center of the Ryukyu Kingdom for 450 years from 1429. Reflecting the successful trade of Okinawa with China in the 14th century, Chinese influence can be seen in the castle’s construction techniques. Some buildings representing the architectural styles of these nations have been constructed since the 18th century, when the region came to have relations with Japan, Korea, and other neighboring countries. Moreover, in 2000, the Shureimon gate at Shuri Castle was featured on the new 2000 yen note, which came into circulation to celebrate the new millennium and the 26th Okinawa G8 summit. 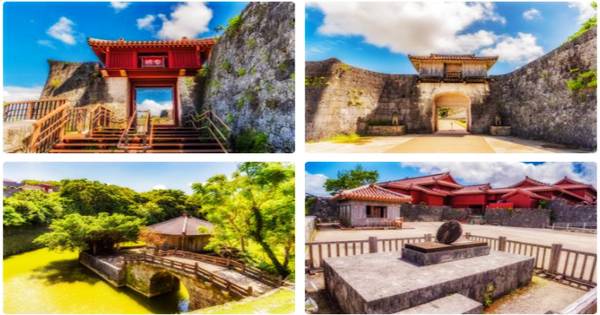 On the top of a hill, the castle sits, offering a commanding view of Naha. In its original style, the interior of the main building was restored, while the North and South Halls have new museums inside. A massive fire broke out on the morning of 31 October 2019, burning down the Seiden, the main hall, and also the Hokuden and Nanden, adjacent buildings to the north and south. The Seiden, Hokuden, Nanden, and Bandokoro were destroyed entirely. According to domestic news sources, “Six castle buildings occupying some 4,200 square meters in total were gutted.” The Kankai-mon (main gate), the Shurei-mon, the Seiden, and other structures have been restored to their original state today, and the site has been transformed into a historical park. “Shurei-mon,” a gate originally designed by King Sho Sei in the early 16th century. It was used for ceremonial entrances to the castle, and as visitors walk under the seven-meter-high red-tiled roof, visitors can’t help but feel regal. The gate has been lost several times, like the castle, and was last rebuilt in 1958. The Shurei-mon is best known as a distinctive Okinawa architectural structure and is often referred to as an Okinawa emblem. The term shurei, incidentally, is frequently mistaken for Shuri, but it is actually a Chinese word meaning “eternal courtesy.” There was a “Feast of Investiture,” inside the palace, followed by a “Mid-autumn Banquet”, accompanied by songs and dances. This banquet was held opposite the Hokuden, a platform on which the Imperial envoys were seated, on a temporary platform.