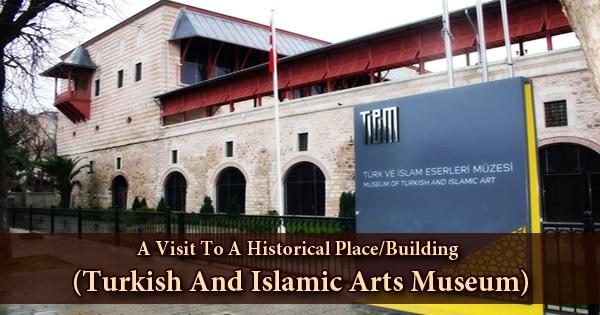 In 1914, the Turkish and Islamic Arts Museum (Turkish: Türk ve İslam Eserleri Müzesi) opened its doors for the first time in the imaret building of the Suleymaniye Mosque Social Complex, one of Mimar Sinan’s (Sinan the Architect) significant buildings, known as the Evkaf-ı Islamiye Museum (Islamic Foundations Museum). It is a museum in Sultanahmet Square in Istanbul’s Fatih district, Turkey. The building, built-in 1524, was formerly the palace of Pargalı Ibrahim Pasha, who was Suleiman the Magnificent’s second grand vizier, and was once thought to have been the husband of the sister of the Sultan, Hatice Sultan. The museum building is one of the earliest surviving palace buildings to date, dating back to the late 15th century, apart from the Sultan’s palaces. After the declaration of the republic, the museum was renamed the Museum of Turkish and Islamic Arts and moved to its new location in the 16th-century Ibrahim Paşa Palace in 1983. The museum, closed for restoration for several years, re-opened in January 2015 and is available for visiting again. The renovations to the structure have been performed beautifully. Notable examples of Islamic calligraphy, tiles, and rugs are included in the collection, as well as ethnographic displays of different cultures in Turkey, especially nomadic groups. Such shows replicate rooms or dwellings from various periods of time and regions. The museum’s central collection contains Islamic artworks collected at the beginning of the 20th century from across the Ottoman Empire. Carpets, manuscripts, metalwork, glassware, ceramics, woodwork, and ethnographic materials are included in these works. The collection covers an extensive period, spanning from the rise of Islam to the 20th century and the Ottoman Empire’s vast geographical area. In 1984, the museum was given the Special Jury Award of the European Council Museum of the Year Competition and the European Council-UNESCO Award for its studies to make children love the heritage of culture. 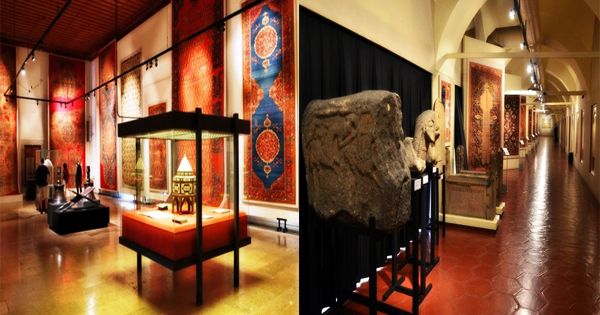 As it sits across from the famous Blue Mosque in Istanbul, the Turkish and Islamic Arts Museum is culturally rich in numerous ways, including its location. For its cultivation of art, culture, and history, the Turkish and Islamic Arts Museum is well regarded. The museum is housed in the restored Palace of Ibrahim Pasha, a sumptuous residence built by Sultan Süleyman the Magnificent‘s Grand Vezir (and intimate friend) İbrahim Pasha (served 1523-1536). The carpets, numbering some 1,700, constitute one of the most valuable collections of carpets in the world in their quality and variety, so the museum is often thought of as a museum of carpets. The raised structure on the three sides of the arches covers the terrace. This terrace, overlooking the Sultanahmet (Blue Mosque) square, is one of the most nice places in the museum. The collection of metalwork enables visitors to follow the evolution of Turkish metalwork in Anatolia and the rich woodwork collection ranges from the 3rd AH / 9th AD to the Ottoman era. The glassware and pottery collections include objects recovered in renowned Abbasid centers such as Samarra and Keshan (Iran) and Raqqa (Syria) during excavations, as well as artifacts from the Turkish Anatolian period. Examples from the Umayyad, Abbasid, Mamluk, Seljuq and Ottoman periods are included in the stonework, most bearing inscriptions. The newest section is the ethnographic department. The museum’s rare examples of works from the Emevi, Abbasi, Artuklu, Eyyubi, Ilhanlı, Timurid, Safavi, Kaçar, Memluk, Seljuk, and Ottoman periods were collected from various parts of the Islamic world. The museum is renowned for having the world’s finest set of rugs. The museum also organizes, presents, and takes part in national and international temporary exhibits.