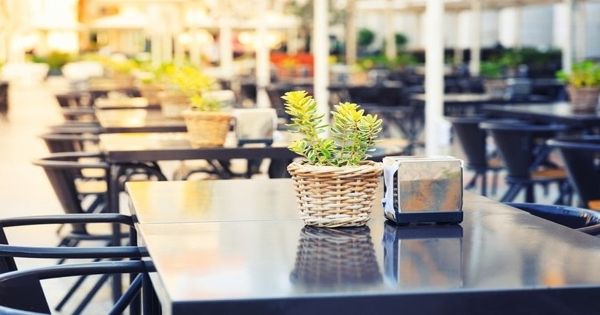 A Visit to a Restaurant

A Visit to a Restaurant

I am not a regular patron of cafes and restaurants. As a rule, I dislike the usual atmosphere that one finds in the ordinary ones, while the superior ones are a little too superior for me. But every rule has its exception, and there are times when one must relax a little in order to celebrate a great occasion. It adds a zest to life and breaks life’s monotony with a bang. If the occasion is really special, it is all the more necessary why its celebration has to be out of the ordinary.

The reason why I visited a restaurant was to celebrate one such special occasion. A dear friend of mine had passed a difficult examination. Between you and me, let me confess that we had not really expected him to pass. But he had done the unexpected, and we were glad, that he had done it. And so we got up a little party in his honor and resolved to entertain ourselves with some delicacies that did not form part of the usual menu served at home.

And so to a restaurant we went to. We were four of us, – classmates all. Thinking over the party, I do feel a little tickled by the members who made it up. A superficial view would have characterized us as an ill-assorted party. One of us was great at his books, talk with him a few minutes, and he begins to tell you of a problem he has been unable to master, or a proposition that he has triumphantly tackled. He lived in his books and his mind would entertain no other thoughts than those of examinations. Another was a snob: he would make himself ridiculous by describing his rich relatives or his fashionable friends and all that sort of things. The hero whose success we were celebrating was something below par in his intelligence, but he had a heart of gold, and that is why he attracted to his friends who were so different from himself and from each other. As for myself, I was the average man. When people talked about wisdom, I kept silent and they took me for a very wise man. But when the talk was of cricket or football, I could hold my own against anyone and was respected as a very knowing sort of fellow.

Of course, we managed to create quite an impression. We had come to enjoy ourselves, and I can assure you, we were not miserly either with money or with words. Waiters were eager to wait on us: guests looked up from their tables and stared at us – in admiration perhaps; or were it in irritation? I will not tell you about the menu: it was the best of everything and everything for the best. “The true essentials of a feast”, said a wise American, “Are fun and food.” We remembered this, for we had plenty of both. Our restaurants are usually noisy; this one was unusually so during the time we were in it.

We had entered the place at four in the evening. We came out when it was long past five. Young men and women passed in and out; they had their bite, and they left. Other tables were sometimes full and sometimes empty. And the waiters serving those tables – they worked at top speed for a spell and then idled and recovered their breath. But the man who served us had no respite. He was always kept on the move; I do not think he could have served such gargantuan appetites very often. Only for the last few minutes of our stay, we were a bit subdued. We surveyed the scene of our glory somewhat philosophically. We admired the vigilance of the manager and the skill of the waiters, who could balance numberless cups and plates on their outstretched palms. We also watched the little dramas that took place around us – the whims and mannerisms of the customers, the minor conflicts that rose now and then, the tip that drew a salaam, and the refusal that was met with a ‘stony stare’.