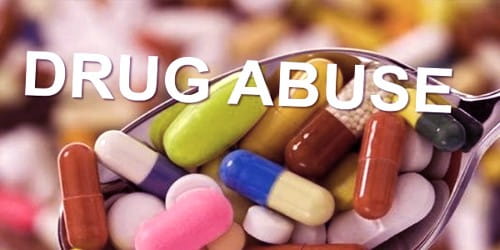 The drug is an essential element of human life. But abuse of drugs has a devastating impact on life. The word drug means medicine which is an essential element of human life. The word ‘drug’ also means an illegal substance that people smoke or inject for mental effect. Many people become addicted to the drug and ruin their health — mentally and physically. They lose their sanity of mind and may get involved in crime. Now a day’s abuse of drug has become social cancer. Today, more than 7 million people suffer from an illicit drug disorder, and one in four deaths results from illicit drug use. Drug Abuse involves compulsive and excessive intake of drugs over a period of time.

The harmful effects of the drug are well-known. Some drugs like yaba, opium, morphine, pethidine, heroine, cocaine, marijuana, hemp, charas; etc. have tremendous harmful effects. If someone is used to taking any of these drugs, he falls a victim to it. Gradually he loses appetite for foods. His skin color begins to turn sickly yellow. He suffers from malnutrition. People suffering from drug and alcohol addiction also have a higher risk of unintentional injuries, accidents and domestic violence incidents. Drug abuse particularly impacts the brain and can also lead to other health issues such as kidney failure and heart problem.

Abuse of drugs has a terrible bad effect on social life. It carries the addict to an unreal world of dreams. This is called hallucination. And this hallucination gives rise to social crimes. When the drug addicts cannot afford to buy drugs, they can commit any kind of crime for collecting money. Thus the drug addicts do a lot of harm in disturbing social peace and order. For example, the injection of drugs directly into the bloodstream has an immediate impact, while ingestion has a delayed effect. But all misused drugs affect the brain. They cause large amounts of dopamine, a neurotransmitter that helps regulate our emotions, motivation, and feelings of pleasure. People suffering from drug and alcohol addiction also have a higher risk of unintentional injuries, accidents and domestic violence incidents.

Of course, there are some reasons for drug abuse. Frustration is the main cause. The young unemployed people sometimes become addicted to the drug in order to get temporary relief to their frustration. Failure in love affair might be another cause. Some youths may also fall a victim to drugs simply due to a bad association. Availability of drug is another cause. Drug abuse hampers a person’s power to practice self-control and interferes with their ability to resist the urge to take drugs.

Effective measures are needed to stop the abuse of the drug. The government should control drug business so that no one can get any intoxicating drug from any drugstore without a doctor’s prescription. Unemployment problem should be solved. Proper counseling and guidance should be given to youths so that they keep themselves away from drugs.