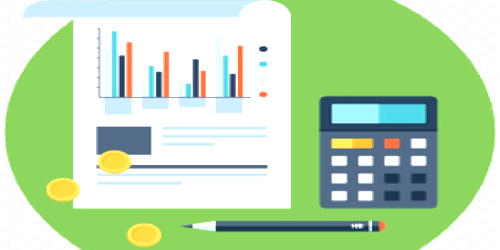 Accounts payable are amounts due to vendors or suppliers for goods or services received that have not yet been paid for. Accounts payable (AP) is money owed by a business to its suppliers shown as a liability on a company’s balance sheet. It is an account within the general ledger that represents a company’s obligation to pay off short-term debt to its creditors or suppliers. It is distinct from notes payable liabilities, which are debts created by formal legal instrument documents. The sum of all outstanding amounts owed to vendors is shown as the accounts payable balance on the company’s balance sheet. On a balance sheet, it appears under current liabilities. In a company, an AP department is responsible for making payments owed by the company to suppliers and other creditors.

Accounts payable (AP) is an important figure in a company’s balance sheet. It is recorded in the Account Payable sub-ledger at the time an invoice is vouched for payment. If AP increases over a prior period, that means the company is buying more goods or services on credit, rather than paying cash. Vouchered, or vouched, means that an invoice is approved for payment and has been recorded in General Ledger or AP sub-ledger as an outstanding, or open, liability because it has not been paid. If a company’s AP decreases, it means the company is paying on its prior period debts at a faster rate than it is purchasing new items on credit. Payables are often categorized as Trade Payables, payables for the purchase of physical goods that are recorded in Inventory, and Expense Payables, payables for the purchase of goods or services that are expensed.

The role of the Accounts Payable involves providing financial, administrative, and clerical support to the organization. Their role is to complete payments and control expenses by receiving payments, plus processing, verifying, and reconciling invoices. Common examples of Expense Payables are advertising, travel, entertainment, office supplies, and utilities. AP is a form of credit that suppliers offer to their customers by allowing them to pay for a product or service after it has already been received.  Accounts receivable are the amounts owed to a company by its customers, while accounts payable are the amounts that a company owes to its suppliers. Suppliers offer various payment terms for an invoice.

Accounts Payable are usually their own department in larger companies but in smaller businesses accounts payable and receivable tasks are usually combined. Payment terms may include the offer of a cash discount for paying an invoice within a defined number of days. For example, 2%, Net 30 terms mean that the payer will deduct 2% from the invoice if payment is made within 30 days. If the payment is made on Day 31 then the full amount is paid. This is also referred to as 2/10 Net 30. AP is expected to be paid off within a year’s time, or within one operating cycle (whichever is longer). AP is considered one of the most liquid forms of the current liabilities on the balance sheet.