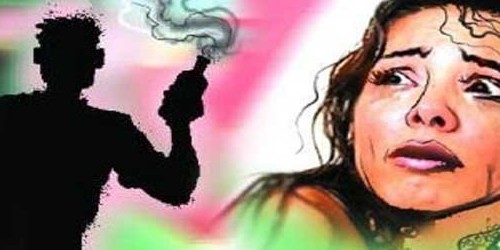 Acid is a liquid chemical compound that can burn or damage things. It is even impossible to imagine that anyone can throw this harmful substance on a human being. But the harsh reality proves that it is happening in our country. Acid throwing is a crime against humanity. Some culprits take revenge to satisfy some personal vengeance or enmity by throwing acid cowardly. Acid throwing destroys the lives of the victims. This is a horrific act occurring overseas in countries such as; Bangladesh, Cambodia, Pakistan, India, and Afghanistan.

The incident of acid throwing takes place due to mainly two reasons. The main reason is the rejection of love or marriage proposal. When the rejected lovers fail to win the heart of their beloved, they try to have revenge throwing acid on them. On the other hand, if two families fall into enmity on different issues, often one of them takes the path of savage vengeance and throws acid on the members of the other family. Acid throwing is happening often because a woman did something a man did not like or something she did offend him.

The effect of acid throwing is destructive. An acid attack is a deliberate act of throwing acid on a victim, mostly women, usually on the face that causes severe pain, permanent disfigurement, subsequent infections and often blindness in one or both eyes. In most cases, the acid victims succumb to injury. The survivors have to drag a miserable existence. Either they are crippled or paralyzed. The victims also possess a terrifying and distorted appearance. The brutality of the damage depends on the concentration of the acid and the period of time before the acid is thoroughly washed off with water or neutralized with a neutralizing agent.  Often the victims become physically invalid and they have to live depending on others. Thus the victims become a burden to their families. Many cases result in acid throwing because of land disputes, family disputes, political rivalry, infidelity, a broken marriage, rejection and a refusal of a relationship or marriage.

To prevent acid violence, the govt. must take punitive action against the acid throwers. The involved criminals should be tried in a summary trial and must be awarded the death sentence. A verdict of the court should be executed rapidly. Occasionally, men have attacked other men with acid to seek revenge, retaliate, or settle disputes. Acid violence has attracted international attention relatively recently with a spate of gendered attacks in Bangladesh. On the other hand, sale and buying of acid should be strictly monitored. Above all, government, non-government, and socio-cultural organizations should go on with a campaign against acid violence. The majority of victims in Bangladesh are rural young girls and women of working and lower socioeconomic classes, ranging in age between their early teens and twenties. The weapon frequently is the sulfuric acid used in car batteries that is easily and cheaply available in local garages and stores.

Throwing acid is nothing but a brutal and cowardice act. Such a crime against humanity should never go unchallenged. The govt. and other humanitarian organizations should come forward to check acid violence as well as to rehabilitate the acid-survivors.