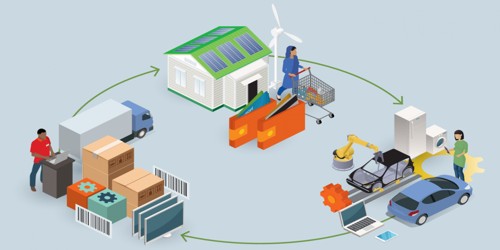 Advantages and Disadvantages of Industrial Development – an Open Speech

Advantages and Disadvantages of Industrial Development – an Open Speech

The development of science and technology has resulted in the growth and spread of Heavy Industries. Over the past three decades, there has been an explosion of industrial development in many Far Eastern countries, ranging from those with no work-force expertise to the far more sophisticated states such as Japan and Singapore. Most countries have .some natural resource to develop, be it oil, timber, rubber or minerals and gemstones. The general process has been to exploit these resources by importing foreign expertise and equipment. Ideally, the results have led to dramatic increases in countries’ GNP, favorable balances of trade, and the establishment of hard currencies that attract foreign investment. All these should lead to the building of hospitals and health centers, schools and colleges, sporting facilities and other amenities. Good wages should permit radical improvements in living standards. Unfortunately, this only happens where a country enjoys a reasonably democratic political system. otherwise, in a one-party state, the temptation is to divert new money into armaments, unnecessary extravagances and sometimes the pockets of those in power.

Singapore and Japan are not typical of the Far East since for decades they have been ahead of the rest in industrial development, although keen competition has reduced their lead in the past seven or eight years. Oil exploration in the Singapore region has dropped and with it the demand for the re-export of oil-related machinery, drilling equipment, and metal sheets and bars. Electronic components, diodes, photocells and integrated circuits; consumer goods such as radios, TVs, clothing, furniture, and vegetable oils have also declined, due to competition from countries where much lower wage-levels are acceptable. However, Singapore will always benefit from its free trade zones. There are six; five for seaborne cargo and one for airborne. With their time-limited but duty and document-free storage facilities, they will always remain an attractive proposition. So does INTRACO, an international and paid-up trading company which has many useful functions.

The above relates to trade as much as to industry, but the results of both are much the same. On the industrial side, apart from the products listed in para 2, mention must be made of the great diversity of industrial products in modern Singapore; industrial chemicals, printing and publishing, shipyard restructuring and upgrading, aircraft repair and overhaul capabilities, machine tools and related products, and office equipment. Less than 5% of the land area of Singapore is used for farming, the main products being pork, poultry, eggs, vegetables, fish and cut flowers.

The advantages of industrialization are given below:

So to summarize the advantages. Industrial proliferation generates jobs. Money can be spent on universities, colleges, schools and training centers. State housing, mostly blocks of flats, offers rented accommodation. Health, social and police services can be financed. Typical health hazards, such as the anopheles mosquito, can be eliminated, and both hygiene and family planning publicized. Above all, relatively late industrialization means that state-of-the-art factories can be built. There is no legacy of ancient factories to modernize or demolish.

Yet all is not sweetness and light. There is something to be said for a more leisurely pace of life. A sudden shift to urban dwelling and high tech employment can and does set up psychological problems, which lead to health problems. Moreover, there was something to be said for the semi jungle nature of Singapore, and it would be pleasant to have a few wild tigers present. However, the main disadvantage is that industrialization sets up living standard expectations which depend absolutely on a healthy overseas trade. At present, there is a world trade recession. Also, the surrounding countries are becoming far more competitive. Inflation and widespread unemployment are the chief dangers.