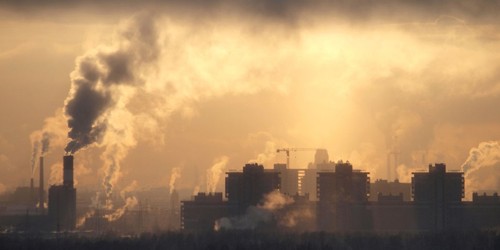 Air is one of the five elements of our environment namely earth, water, fire, and others. It is a natural gift and a free asset. For breathing all living beings and biological organisms require pure air for breathing. No biological organisms can live and thrive without it. Air contains some gases like nitrogen, oxygen, carbon-di-oxide, carbon mono-oxide, ozone, and other gases. Only oxygen is a vital need for human survival and also for animals’ life. Air pollution refers to the release of pollutants into the air that is detrimental to human health and the planet as a whole.

Air pollution is majorly caused due to the release of various chemicals into the atmosphere. Air pollution occurs in industrial areas, cities, towns, Brickfields, mills, and factories. It also occurs in natural devastating areas. The air pollutants have an adverse effect on human beings, animals, vegetation, buildings. There are many reasons which cause air pollution. Industrialization, urbanization, excessive exploitation of resources, vehicles, smoke, mills, and factories are, in fact, responsible for air pollution. Vehicles use oil and fuel which produce a lot of smoke. This smoke gets mixed with air and pollutes it. So, this pollution can be both man-made and naturally occurring.

Polluted air makes living beings feel seriously suffocated and chocked. The consequence and result of air pollution is completely catastrophe. We are falling to the prey of new diseases and epidemics. Plants and trees are seriously extinct or destroyed for want of pure air supply.

To check and control air pollution a few effective measures can be taken. Industrial estates should be established at a distance from residential areas. The vehicles must be checked for pollution control. Smokeless vehicles should be allowed to ply through the roads and rivers. Use of non-lead antiknock agents in gasoline.

Air pollution-controlling equipment must be manufactured, supplied and used in mills, factories, and industries. The technology for air pollution control should be developed. Industrial plants and refineries should be fitted with equipment for the removal and recycling of wastes. All firms should be compelled to use the types of equipment ensuring complete control over air pollution.