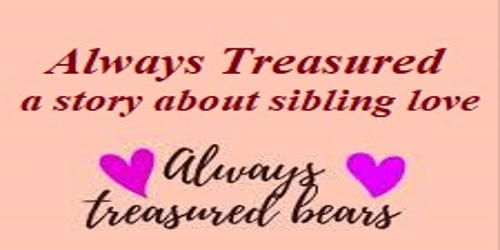 Radzi was the first out of the plane. He collected his luggage from the carousel and quickly made his way to the arrival lounge, hardly able to contain his excitement at meeting his family after six years abroad. He looked around expectantly, hoping to hear his voice being called out but he heard no sweet voices. He turned around and saw his parents, their dear faces shining with pride and pleasure but of his teenage twin sisters – none. There was no sign of them.

“They must be hiding somewhere – they love to play hide and seek.”

He greeted his parents and raised an eyebrow. His father smiled but said nothing. His mother was gushing all over him, not allowing him to say anything but kept on hugging him.

His father murmured, “Let’s get home. They’re waiting for us at home.”

Radzi smiled, relieved to know they were at home. He kept on talking about his tour of Europe and he was rather puzzled whenever his parents exchanged glances. He dismissed them as his imagination.

They reached home quick enough as traffic was scarce that early morning, it is a non-working day.

He spied a lone figure at the door. “Why one? There should be two.” The twins were inseparable but it could be that six years had made all the difference.

He jumped out of the door and as that lone figure rushed towards him, he thought it was Wani but she said she was Wati. So it must be. He really could not differentiate between the two of them and they had fun deceiving him all the time.

He walked into his room and read the words `Welcome Home, Dr. Radzi!’ Trust his twin sisters to be so dramatic!

After a late lunch, Wati invited him to go downstream to their favorite hideout. “Bang, I wish to be alone with you without Wani. Wani can wait her turn.”

At the hideout, Wati became all businesslike. “Please, whatever I say, don’t interrupt. Just listen, please.” There was a quiet desperate plea in her tone.

Radzi nodded for it was quite unlike Wati to be so serious, just the opposite of Wani.

In a quiet sombre tone, she related what had happened to Wani. A year ago, Wani fell seriously ill and was diagnosed with cancer. Everyone wanted to tell Radzi but Wani begged them not to as he was sitting for his finals and she did not want him to lose all concentration and be so upset. Everyone had to promise and even after his finals, she wrote him to tour Europe before coming home. She sent him photos of her with Wati, smiling, cheerful, and healthy.

Radzi was stunned and asked in agony, “How could she? Why did you let her do it? Why? Why?”

Wati kept silent. All she could do was to hug her brother, comforting him as he sobbed his heart out. When the tears dried up, Wati held out a letter. Radzi recognized the handwriting.

He took it and walked to the graveyard. Wani went with him, then left him to read the letter and to be alone in spirit with his beloved sister.

“Bang, please don’t grief. Remember me as the healthy, cheerful, fun-loving sister. Treasure our past moments and keep me always in your heart. Wati is with you. In her, you see me. I want to be a doctor like you. I can’t but you are one now. Be the best doctor I know. I am proud of you.” As he read her letter, a strange peace fell on him. It was as though she was beside him, comforting him and holding his hand. She was the elder and the younger.

He looked up and saw her smile. He looked around, saw Wani and she smiled. In Wani, he saw Wati.

He walked up to Wani, took her hand. Together, the brother and sister walked home in the silence of the quiet evening.