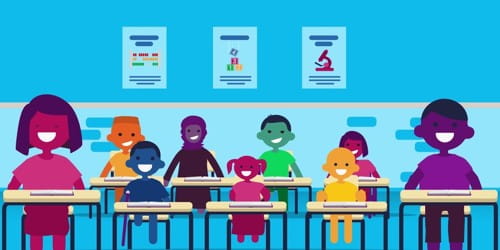 An educated mother brings up her children with better moral and ethical values. Good mothers give birth to good children, and good children eventually make good citizens, or, broadly speaking, a good nation. Education helps turn a weakness into a strength. This is a truism, and what follows from it is that a nation can be educated only when all the mothers of the nation are educated. Improving the quality of education and the role of women in forming families. This, obviously, necessitates giving emphasis on female education.

What is important is to find out the role of mothers in the educational success of their children to be able to formulate proper strategies to encourage mothers’ education. Female education is, as has already been referred to, educating the female citizens from an early age. Today, the question of the mother’s education and its impact on the academic achievement of children is a serious issue. This, indeed, is a big step towards the overall amelioration of the socio-economic, cultural, and other psychographic conditions. But it is a matter of great regret that the system is not working desirably well. If such a large portion is denied the privilege of education the country is likely to lag behind. Anyway, the measure taken by the government is praiseworthy. No nation can make real progress keeping a full half of its population in the dark. A country can not prosper if its women are kept illiterate.

Uneducated mothers are superstitious. They do not have elementary medical knowledge. The measures were taken by the government so far are effective, The allowances, stipend, and free education facilities, for example, have inspired many poor parents to school their daughters. As a result, the number of female students is increasing day by day. But, unfortunately, the campaign is not being very successful owing to a number of causes; namely, lack of mass propaganda on the part of the government, ignorance of many parents, traditional belief that women should not be educated too much, religious dogmas, and so on. Education is as necessary for women as men; more schools for girls, colleges and universities should be set up.

The female education program is to be boosted up, then the government together with other non-government organizations and educational institutions has to launch more and more consciousness~building programs. She serves her country in the sense that she produces good citizens with tolerant views and an open mind. Some other motivating factors may also be included in the program such as giving priority to women candidates in some selected jobs. The moot point is that, somehow or other, we have to educate our female citizens. We have to be; up and doing in building up an educated new generation. Educated mothers will give the nation healthy, enlightened and decently brought-up children. We need good wives and good mothers to make our nation great.