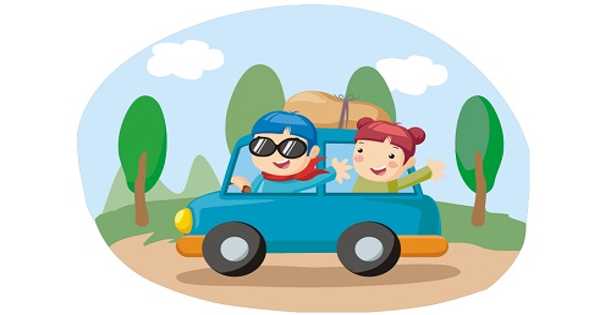 An Enjoyable Journey you had

I once took a bus journey from Kampung Pulai to Butterworth during my school holidays. I was on my way to meet my family who had already gone there ahead of me. Gathering in Butterworth during the December holidays was a yearly routine for my family, as my grandparents were originally natives of the island before moving to Perak in the early 1950s. This was the first time that I was traveling on my own and I was a little apprehensive.

But the different sceneries that I was treated to along the way silenced my fears. When we were driving through Kampung Pulai, I noted the modern and bustling city that it had become. The buildings were all beautiful and tall, with the estate sporting a different identity. Then, the landscape changed as the bus drove along oil palm plantations. The air of serenity and the endless stretch of green were unbelievable. I usually traveled by air to Butterworth with my parents, and now knew what I had missed all this time. I was also treated to neatly planted rows of coconut trees swaying gracefully in the wind, as well as the heavy red fruit of the oil palms neatly seated along the road for collection by the lorries.

Then the bus passed a stretch of the sea as it went along the coast. The sight of the sun’s rays bouncing on the waves to form a glittering bed of blue and green was absolutely beautiful. I was enjoying myself so much just watching the scenery that I did not realize that my stomach was protesting in hunger. The bus stopped at a little market square where hawkers had set up little stalls to sell their wares. I got down the bus and treated myself to a juicy Danny’s burger, legendary for its scrumptious taste. Had my mother been with me, I would never have been allowed to buy it. So I enjoyed my freedom greatly.

By this time, I had made friends with two other boys who were traveling up to Butterworth for the holidays. We struck up a conversation and got along well once we realized that we had a lot in common. Together, we went around the square looking at the wares on sale and eating all the oily but tasty food that was cooked on the spot for us. We had a really interesting but unhealthy time!

When the bus finally reached the depot where I was to take a ferry across to Butterworth, I had the pleasure of knowing that I had benefited greatly from the journey. I had made two new friends while feasting both physically as well as visually. It was really an enjoyable trip!