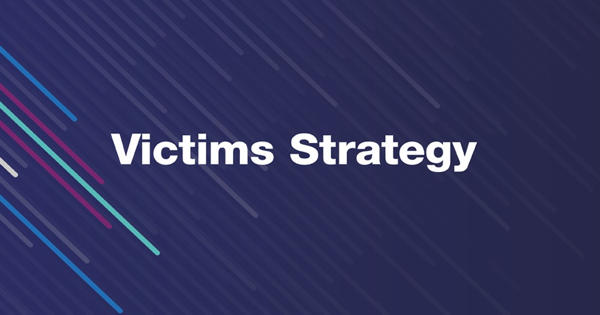 It was one of those sunny mornings when merely breathing seemed to be an event worth celebrating. I was in a particularly good mood as my mother had just given me RM400 for my daily expenses during the week that she would be away with my father in China to visit her ailing grandaunt. I was in seventh heaven just contemplating the things I could do with the RM400. If I survived on bread and butter the whole week, I would have a little windfall of RM300 to buy the latest computer games! It was certainly a great way to begin the day.

The physical education lesson was, as usual, a grueling session of endless running and weight training. I could hardly catch my breath as I trudged back wearily to the classroom. As I neared the classroom, I heard a loud commotion coming from it and quickly rushed in. My classmates were gathered around Tommy’s table as the latter ransacked through books, stationery as well as some personal effects in obvious distress. Tommy had always been a popular boy in class. Not only was he bright and well-mannered, but he also came from a wealthy family that provided him with all he could ask for. Yet, he chose to share everything he had with us, never mind the fact that he always provided while we received.

As such, I rushed immediately to his side when I saw his anxiety. My classmates quickly told me that Tommy had lost the money that he had brought as a donation to the welfare home that we were supposed to visit that afternoon. Understanding the situation, I proposed that we organize a search around the classroom and inform the class teacher as soon as possible. Taking my suggestions seriously, the class immediately took action. In no time at all, Miss Soh rushed to the classroom to take control of the situation. She decided to run a search through everyone’s bag. We quickly stood by our tables and emptied the contents of our bags onto the table. When it came to my turn, I diligently took out all my possessions for inspection. My wallet was the last item to be checked and as Miss Soh took out the RM400 from it, the class fell into a hushed shock.

Up till then, I had no idea that the amount lost was exactly RM400. Had I not been aware of my own innocence, even I would have agreed that the evidence was incriminating enough to indict me. Everyone stared at me in horror. Miss Soh was triumphant – pleased that her efforts at flushing out the thief had borne fruit. In a loud and harsh voice, she demanded to know where the money had come from. I told her the truth, which obviously fell on deaf ears. She appeared not to have heard anything that I had said, choosing instead to dwell on the ‘facts’ of the matter. She proclaimed loudly that I had been caught red-handed, dismissing my story as ludicrous in view of the fact that my family was not well-off and could not possibly afford to give me RM400. She also went on to elaborate on the evils of envy, implying that I had stolen from Tommy because I was envious of him. All this while, I was struck dumb by her convincing words, amazed at the conjectures that she had come up with based on the RM400 found in my wallet. The situation was worsened by the unfortunate fact that my parents could not come forward to corroborate my story.

By this time, the whole class was shaking their heads mournfully at me, obviously in full accord with the teacher’s allegations. I was appalled and terrified. I could feel the jaws of misguided justice closing around my neck and struggled against it. I kept protesting my innocence, trying to drown out their accusations with the sheer volume of my voice. But it was to no avail.

The principal was called in to handle the situation. He promptly decided that the evidence against me was damning enough to warrant an immediate suspension or expulsion once my parents returned from their trip. I was devastated. How could they decide on my guilt without even checking out my story? Even a phone call to my parents was considered too much trouble for the school. Instead, they chose to concentrate on consoling Tommy and placating his parents. I knew then that my average background was the reason why my words carried less weight than Tommy’s distress. It was a sobering experience, educating me on the realities of life.

The entire week was spent in a state of confusion. I kept to myself a lot, choosing not to leave the house at all. I lost a great deal of weight since I was subsisting only on bread and butter. The RM400 had been confiscated by the school as ‘evidence’, leaving me only the loose change around the house to buy things with. Humiliation and anger were my constant companions during that week. None of my classmates telephoned me, not even those who were my buddies. Obviously, the stink of being a thief was more potent than that of friendship.

My parents finally returned. They rushed down to clarify matters once they realized what had happened. The school authorities, instead of feeling apologetic, chose instead to place the blame squarely on what they called my “inability to put across clearly the situation”. My parents were infuriated. They wrote a long complaint against the school and transferred me to a different school. The matter was finally resolved when the principal and Miss Soh were chastised for their mishandling of the situation and I was officially cleared of all charges. But to this day, it still hurts to know that to certain people, wealth spoke louder than truth.