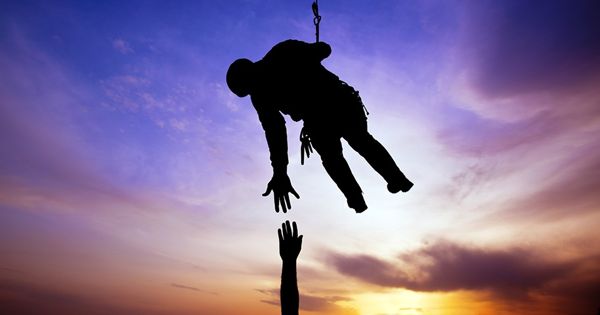 My name is Tenerife. Folks call me “Ten”. I come from a poor family and we live in the poor workman’s quarters on the outskirts of a Mexican city. Dad is an odd job worker and Mum is a domestic help. She works for a rich family in the city. When Dad is at home, he is often drunk and likes to beat both Mum and me.

I hate school. It is boring and the teachers call me “stupid”. The rich children will have nothing to do with me and after a theft in school, even the poor children ostracized me all because the pesky teacher fingered me unfairly as the prime suspect. I was cleared eventually, but the stigma remains. Hence, I often play truant.

One day, I was hanging outside Uncle Willie’s store, gazing longingly at the chocolate candies inside. Then, my attention was drawn to two men. One was tall, lean and looked young except for a shock of white hair on his head. He looked mean. The other man was stocky and even more sinister-looking. The men were paying for their purchases at the cashier. They had bought a lot. A fortnight’s supply of food, I reckoned. “Come on!” the small man grumbled to his partner. “Let’s get going.” They went out of the store and towards the car park. What attracted me, however, were the stacks of colored liquorice they were carrying. I was hoping to have one of them if I pestered them.

However, I had no such luck. The men glared at me. Something in their manner was strange and my sixth sense told me that something was amiss. I decided to follow them secretly. At the car park, one of the men, decided to go to the toilet after loading his bags. Dave, his friend, decided to accompany him. My attention, however, was drawn to his prolonged stare at the partly opened car boot. “What could be inside it that made him look at it for so long?” I wondered.

After the men left the car, I approached the boot. To my surprise, I heard muffled cries of a small child in need. Putting my ears to the car metal, I heard, “Help me! Help me out!” Shocked and flabbergasted, I reassured the child as loudly as I could, all the while keeping a lookout for the two men. Then I acted quickly. After mentally noting the make of the car, color and the vital license plate number, I made a dash for the nearest police station.

But it was here that my troubles began. At the police post, they did not believe my story. In the first place, I was out of place in my school uniform. I was sternly asked why I was not in school. A phone call by the officer to my school confirmed his suspicions that I was a truant. My pesky teacher told him that I was untrustworthy. Then I was escorted back to the school in disgrace. It never occurred to the authorities to wonder why I would want to lie to them in the first case about the cries in the car.

That very night, I heard news from my village people that confirmed my fears and suspicions. A prominent politician’s only son had been kidnapped. The kidnappers wanted a huge sum of money. After hearing this, I felt vindicated and prepared myself for a visit from the police.

When they arrived at my home, I was treated with care and respect. In fact, I was treated very well. After ascertaining from me a detailed account of the morning’s incident, Inspector Basheer left, leaving me to answer the excited queries from my neighbors.

The next day, Inspector Basheer was back. The police had traced vital particulars of the criminals. They also knew where the car was stolen. However, they still had no clue as to the whereabouts of the kidnapped boy. Could I, they had asked, remembered anything more? I scratched my hair and tried to recall that morning’s event. Then I shouted out something to their delight, “Chaco Mount Ain!” I explained excitedly that I had heard the kidnappers mention this place twice that morning. Delighted, the officers left.

That night, I learned from my neighbor whose friend owned a television set, that the police had caught the kidnappers. I could not sleep that night, happy in the knowledge that I had played no small part in helping the boy and his parents.

The next day was one I will not forget in my life. In school, the Principal and Inspector Basheer invited me to the stage in the school hall. In front of the pupils, I was commended for my bravery, civic-mindedness and alertness in helping them nab the criminals. I also received a cash reward from the grateful father of the boy, now safe at home.