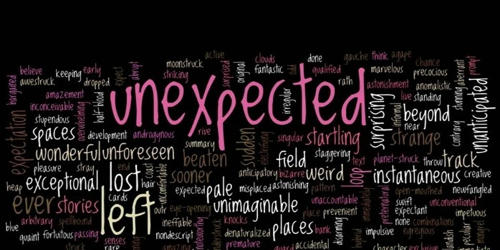 An Unexpected Incident – an open Speech

An Unexpected Incident – an open Speech

I could tell by her face that she was very distressed. ‘Mars Lim, is something wrong ?’ I asked as I glanced at the wall clock. It was almost 1 a.m. Mrs. Lim was one of my neighbors who lived down the street with her old, invalid husband. My instincts told me that Mrs. Lim needed help.

‘It ‘s my husband. I think he’s having a heart attack. Can you help me?’ she blurted out, in between sobs. With lightning speed, I changed my clothes. Then, I followed Mrs. Lim to her house. The whole house was a little musty. As this was my first visit to the Lims’ residence, I had a quick glance around the living room. There were wall panels covered with watercolor landscapes, engravings, and cross-stitch pieces. Along the corridor leading to the kitchen was Mr. Lim, slumped in an armchair. He appeared to be gasping for breath. With Mrs. Lim’s help, I managed to carry him to the porch where their car was parked. when we finally managed to get him inside the car, I drove to the hospital.

We rushed him to the emergency and casualty ward. The doctor on duty informed us that Mr. Lim had suffered a mild stroke. Mr. Lim was admitted tot eh intensive care unit. Mrs. Lim and I kept an all-night vigil. It was then that Mrs. Lim asked me to contact her son and convey the news. I never knew that Mr. and Mrs. Lim had children. All this while, I thought that the Lims had no children. I could not recall a time when they ever mentioned a son. I tried to contact the son at the given address, but I was told that he had moved to another town with his wife and children I could see the pain in Mrs. Lim’s face as I told her the news.

As I was driving home, I told myself that I would call my own parents. I had not contacted them for almost a month and my conscience haunted me. They had looked after me for a good part of their lives. I was sobbing terribly all the way home, ashamed of my neglect.

Mr. Lim was discharged after ten days. He made a speedy recovery. Apart from his slurred speech, he appeared hale and hearty a month after the incident.

The incident has helped me to get my priorities right. It has also made me realize that when we give a helping hand to those who need our assistance, the world will be a better place to live in.