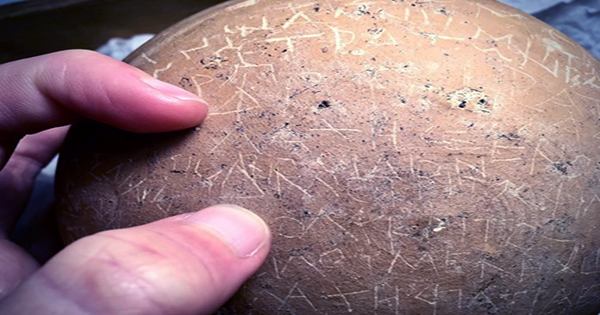 Have you ever hated someone so much that you sacrificed a chicken in the hope that its slaughter would strengthen a curse, then carve the names of the target into the container holding the chicken and bury it for more than 2,000 years? If that doesn’t happen, it’s still a way to get more involved with the Magic Game of Revenge, because nobody did it, but 50 people hated it enough to get out of the pot.

We do not know if the curse was effective, but it must be admitted that all the victims died. Pots (or “paintings”) buried between 325 and 270 BCE in one corner of a building in Athenian Agora give insights into the use of magic at that time. Nearly a century after Socrates and Plato, the ancient cause and home of learning still people practiced something mysterious. After being excavated from a corner of the classical commercial building of Athenian Agora in 2006, the citrate was finally described by Dr. Jessica Lamont of Yale University.

Lament describes his explorations in Hesperia under the great title “Curious Case of the Cursed Chicken”. The pot had a chicken head and lower limbs but it had no food left over. A large iron nail is stuck in the bottom, its wide circular head seals the entrance and then a small coin is lost with the nail head.

“This assembly belongs to a wide range of Athenian bound curses, which … aim to‘ bind ’or hinder the physical and cognitive capacity of its human targets,” Lamont writes. These were usually written on lead tablets, but nails and animal sacrifices were common features. More than 30 of these names are still well-formed, some of them known and others previously unknown from Athens. The handwriting mentions the names of at least two people, some of which are largely unprecedented in Lamont’s “Greek Curse Tablet.” Other text may contain the original curse and more than 25 names, but only scattered letters can be read. We will probably never know what the cursed people did for such outrage, but Lemont suspects they were supporters and witnesses in the upcoming court case.