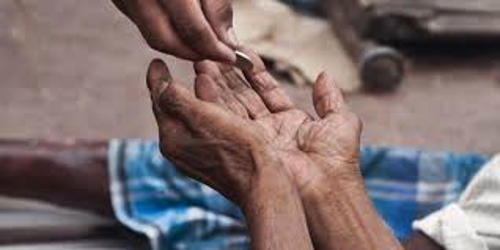 The beggar problem is one of the social and economic problems in Bangladesh. Beggars are found in the villages, in towns and cities. In a word, beggars are found begging everywhere in Bangladesh. Many people have become beggars finding no other alternatives to earn their live hood. Many people like to beg for being invalid and unable to work for earning. Most of the beggars are unable bodied. Some are blind, and some are lame. Some boys and girls are also found begging in the streets. There are also other kinds of people who are crippled and cannot earn their live hood by working. Those who are very poor, landless, or helpless may beg but some able-bodied beg being averse to work. Some people will engage themselves in begging. Nowadays they play many tricks to draw the attention of the people. Many falsehoods are being played by them. These kinds of people are lazy and unwilling to work. They adopt begging as an easy job.

We have a religious misconception of helping the beggars. Many of them recite verses from the holy “The Quran” and some are found singing Islamic Gazal (song). Many people think that helping the beggars or giving alms to the beggars is an act for which they will get a reward in the life hereafter. While begging in the street some of them utter peculiar sound to draw the attention of the passers-by. But in Islam, begging is never encouraged. From a social point of view, it is hateful in society. From an economic point of view, beggars are considered liabilities to society instead of assets. But we know that human beings are considered resources. The man has unlimited potentialities and if he can be educated and well trained, he will turn into resources. He will be able to increase our production and develop our economy. We should rather encourage the beggars to become workers and leave this shameful profession.

But it is not possible for any person or organization alone to solve the begging problem in Bangladesh. Society, as well as the nation as a whole, should engage in solving the problem of begging. In some places, some beggars are proved cheaters. Some able-bodied are found pretending lame, blind or dump. Some healthy beggars pretend to be patients. Women beggars are mostly divorced or widow or bereaved of their husbands or parents.

The religious misconception and social superstition about giving alms to the beggars should be changed. In no way, the begging and the beggars should not be encouraged to continue this kind of act. Begging is most disreputable. It does not bring any dignity to anybody. Rather it makes a man narrow-minded and a narrow-minded person is detested by all. The government has a big role to play to eradicate begging and take steps to rehabilitate them.

The beggars should be rehabilitated in society. A long-term program for its success should be initiated by the government. But there are so many beggars in Bangladesh that it will be a mammoth task to solve this problem. Begging should be banned by law. Able-bodied beggars should be absorbed in suitable jobs in industries and factories. It may not be possible to remove the problem, but the problem may at least be minimized if we try for it.