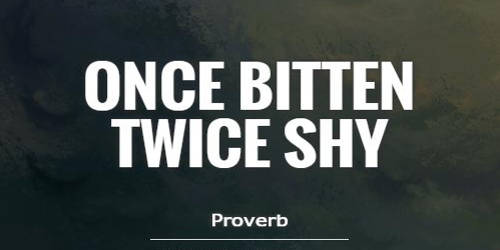 “Once bitten twice shy” is an old adage. In my case, it became a literal truth.

I was very mischievous as a young boy. I enjoyed playing pranks and practical jokes on people. I also liked to chase cats and used a handmade catapult to shoot at birds on the trees. My parents did not approve of my behavior and constantly berated me for the mischief I caused. I was even given a good thrashing from my father from time to time. But I did not mend my ways until this incident.

I had just finished lunch at home and I was feeling very bored. My brothers and sisters, all of them older than I, had not returned home from school. I decided to walk around the neighborhood and I brought my trusty catapult with me.

Soon, I came to Mr. Lingam’s house. His pet dog, a Giant Schnauzer, was tied to a post outside his house. I looked around and saw that no one was in sight. I decided to make good use o my catapult and picked a few small pebbles from the ground and aimed at the dog. A few of the pebbles hit the poor dog and it began to howl and help in pain. Eventually, the dog’s anger was aroused and it began growling and barking fiercely at me while it strained against the ropes to free itself. I laughed at the dog, feeling amused by my sadistic deed.

Suddenly, the rope that secured the dog snapped and the dog was free from its bonds. With a few powerful strides the dog was on me. Its teeth sank into the flesh of my calf. I screamed in pain and fright and fell to the ground.

Luckily, my screams brought Mr. Lingam running out of the house and he managed to free the dog’s teeth from my calf. He brought the dog into his house and quickly brought me to the clinic. The doctor gave me an injection and dressed the wound.

I related the incident to the doctor and Mr. Lingam. The doctor chided me for being cruel to a helpless animal and asked me to be kind and considerate to all creatures in the future.

I learned my lesson that day. I have since stopped playing pranks and being cruel to helpless creatures.