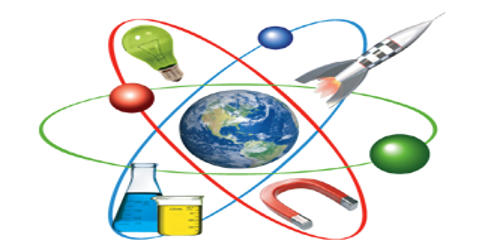 It is a truth universally acknowledged that science has become an inseparable aspect of man’s daily existence. The wonders/blessings of science have changed man’s mode of life and given him new hopes and aspirations. These wonders have not only changed the basic structure of his home and his office but also changed his social habits. The rhythm and pace of his life have been changed beyond recognition.

People nowadays are also in the habit of going to the movies or dining at a restaurant at night. Indeed, many of the most colorful functions are arranged at night. Electricity has brought wonderful machines/gadgets on its trail. The fan, the refrigerator, the water-pump, hair-dryer, washing machine, and the vacuum cleaner have made man’s life comfortable.

The radio and television are wonders of science which have brought the world into our drawing-room. People all over the world now live like close neighbors. People spend much of their leisure time watching or listening to songs, dramas, movies, debates, and news on the radio or on television. The dish antenna is another wonder which now allows people to watch programs which are being telecast in other countries.

The computer is one of the latest wonders of science. At first, they were used only for calculations at a high speed. Now computers are used for nearly everything. Computers can now draw pictures, compose poems, and play games like chess. They have become part and parcel of good offices and factories. Students in developed countries learn with the help of computers. In our country, computers are being used by the Boards of Education to ensure maximum secrecy and for the tabulation of marks.

The telephone, telegraph, and teleprinter are wonders of science which have enabled men to communicate with people who live far away without moving a step. These inventions have allowed men to save time and conserve their energy for mental upliftment. There was a time when people had to walk or ride, but now people travel by boat, bus, car, train, or plane: Men may travel from one end of the earth to the other within a day by plane. They do not have to waste time and energy.

The wonders of medical science are perhaps most breathtaking. Diseases, which were death-certificates, are now curable. Many diseases can be prevented too. Children all over the world are now being protected against tetanus, diphtheria, whooping cough, measles, polio, and hepatitis-B. Once upon a time, the plague wiped out cities. When the plague broke out in India, the fear of people knows no bounds. However, science showed its prowess. The epidemic was soon brought under control with the least loss of lives.

Food production has increased-and desert lands can now be cultivated because of scientific progress. Farmers use tractors, power-tillers drills, power pumps, manufactured manure, and pesticides. They also use modern methods of irrigation. The radar is a blessing for a man not only during times of war but also during times of peace.

During a war, the radar is used to warn people of an air-attack. During times of peace, it is used to alert people about the approach of storms and cyclones. The rocket has ushered in a new space age. As a result, men have stepped on the moon. They have also gathered valuable information about newly discovered planets.

The wonders of science have bestowed upon us many comforts and amenities undreamt by the people in the past. Modern man is no longer in chains because of the cruel onslaughts of nature. He may build castles in the air and see the castles in reality. He may live a many splendored life fulfilling many of his hopes and dreams.