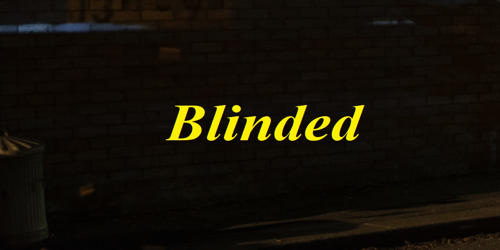 The squatters in the village stood on rotting refuse and human neglect, yet the spirit of camaraderie in the community was obvious even to the casual observer. Young children were running around, high in spirits as they enjoy the simple game of `catching’. Their tattered clothes were by no means a deterrent to their ebullience. Awangku was the leader of this community, and he watched the children in their game with much envy as he thought of how their innocence shielded them from the harsh realities of survival that plagued their parents.

He recognized what many would have missed when he first saw the squatters. They were a family, bonded by years of common suffering. Where there was no one to care about their lives, they had each other. Even in the face of the rightful owners coming to claim this piece of barren land, their solidarity had stood strong to ward off the rich and greedy landowners. Finally, the latter had given up trying to force them off the land and turned their attention to more profitable ventures. Awangku was sure that they had all finally found a place of their own.

However, a report appearing in the local newspapers the following week threw the once congenial village into a stagnant pool of suspicion and hate. Some geologists had discovered that the village was sitting on a wealth of oil, one of the last few natural oilfields hitherto unexploited. The news shook the equanimity of the villagers and crumbled the once-solid feelings of amity they had for each other. Overwhelmed by the thought of being rich, each began planning his future, a future suddenly cushioned by real money.

The weeks following the news report saw hostility erupting in the once amiable village. Neighbors who had once shared meals with each other now became combative as the worry over the fair allocation of wealth loomed. The villagers were unsure over how the money would be distributed. Those with a brood of children claimed a share for their offspring, while those with none or few decried such allocation. Awangku was in despair. His villagers were hurling accusations and displaying hatred towards one another, even before anyone came to confirm the existence of the oilfield. Almost overnight, the village was
sundered by the prospect of wealth.

In no time at all, the prospect of wealth disappeared as quickly as it had come. The landowners were quick to reclaim what was legally theirs and sent survey teams to plan the construction of oil wells on the now precious land. The hue and cry raised by the villagers were to no avail as the landowners refused to be thwarted by such inconveniences. Within a month, the villagers found themselves tossed out of their ‘homes’. There was no more land, no more village, no more family homes. For the first time since they became ensnared by the obsession with wealth, they saw clearly the foolishness of their actions. They had destroyed their only real wealth by their divisions and by hankering after an illusion.