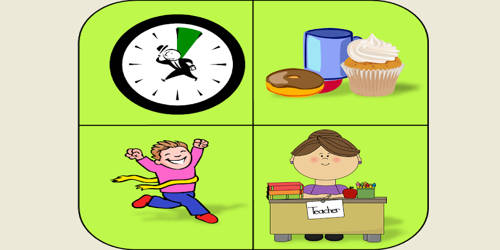 I look at my watch. Two minutes to go before break time and the class is visibly agitated. Everybody is restless. Even Mr. Lee our mathematics teacher is fidgeting quietly in his seat, looking outside every now and then.

The bell rings, exploding the subdued silence of the school. I feel a tangible change in mood among my classmates. The brooding atmosphere immediately gives way to an excited chatter of happy voices. Mr. Lee strides quickly out of the class. We run.

We run toward the tuckshop, slowing down every time we encounter a teacher in our path. Teachers are so slow. They block the way and waste our precious twenty minutes of break time.

Nevertheless, I am always one of those first at the tuckshop. I order a plate of mee and ladle a generous helping of gravy onto the mee. The thin Indian man sells the best mee in the world, especially the gravy that goes with the mee. Next, I move over to the refreshment stall of the tuckshop and buy a glass of fruit juice. By this time the tuckshop is crowded with jostling pupils all trying to buy their favorite food. I sit down at one of the huge tables in the tuckshop. For a minute or so I am oblivious to my surroundings. What matters most is the delicious taste of mee in my mouth, and the subsequent thirst-quenching feeling of cold fruit juice running down my throat to my stomach.

Ah …, a full stomach is a happy stomach.

When I become aware of my surroundings again, I can see one of my classmates sitting opposite me gobbling down his food. I look around. the tables are all fully seated. I see heads all bowed down and mouths feverishly chewing. One boy is gesturing frantically with his rice-filled spoon at his friend opposite him. Obviously he is trying to press a point home but I do not think he is having much success except for the bits of rice that keep flying out of his mouth. You should not talk when eating, my mother always tells me. How true it is.

Somebody nudges my shoulder. He wants me to get up because I have had my meal and he has not. He holds a plate of rice in his hands. I get up.

The din in the tuckshop is terrific. I see some blue-shirted prefects unsuccessfully trying to keep the pupils in line when buying food. The tuckshop sells many things — mee, rice, drinks, sweets, and other titbits. Money changes hands quickly. the shopkeeper and his assistants are working at a frantic rate. Young boys crowd around, pushing and shoving, trying to buy their food. Hunger is a very powerful force, indeed.

Where are the girls? We have girls in school too. I look around, Ah, there they are, demurely seated at a table, one table out of a dozen, eating slowly and gracefully, unlike the boys who behave as though they have not eaten for days. Elsewhere I see groups of girls standing and waiting for the rush to be over before they buy their food.

Gradually the number of buyers at the stalls peter out and the girls move in. The difference is so great. the girls do not rush. In fact, they take their time buying their food and they even help one another in buying. what contrasting sets of human beings they are, the boys and the girls.

A few minutes before the end of break time, the stalls are almost deserted. The mee seller has already packed up. There will be no mee for latecomers. The pupils move out of the tuckshop to gossip in unrestricted areas.

All too soon the bell goes, signaling the beginning of the rest of the lessons. I walk slowly toward my classroom. Nobody runs. Some stall for as long as possible before moving. Like worker ants we make our way to our classrooms. Like soldier ants the prefects move the opposite way — toward the tuckshop, they have to eat too, whatever is left.