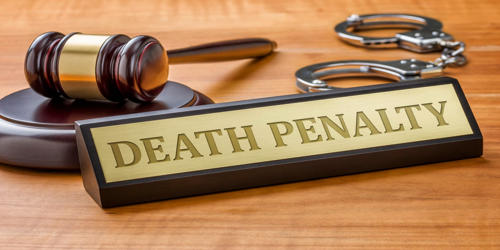 Capital Punishment or Death Penalty should be abolished – an Open Speech

Capital Punishment or Death Penalty should be abolished – an Open Speech

The death penalty or capital punishment is still being practiced in many countries. There is no credible evidence that the death penalty deters crime more effectively than a prison term. Criminals who are put on the death row include those who are arrested for drug trafficking and those who commit murders. In Asia, death by hanging is the most common method of capital punishment. Among the countries, lethal injections, electrocution, and death by a firing squad are more common.

Another argument is that the death penalty is an effective deterrent to crime. If murderers and drug dealers know that they will be punished by death, they will be less likely to commit the crimes.

The main purpose of capital punishment is to isolate criminals from society so that they will not have the opportunity to repeat their crimes.

Whatever the reasons are for defending the death penalty, I feel that it is an archaic form of punishment that has no place in a modern, civilized world.

It is true that crimes of a serious nature deserve severe punishment. But taking a person’s life in return is equivalent to taking revenge or ‘an eye for an eye’. Two wrongs do not make a right. Hence, when we put criminals on death row, we are stooping to their level. Instead, if a serious crime is committed, the criminal should be sentenced to life imprisonment. By spending the rest of their lives in prison, these criminals would have time to reflect on their misdeeds and repent.

No matter how careful and fair the judicial system is, the possibility of perjured testimony and human error always remains too real a threat to be brushed aside. If a member of the jury makes a mistake, a person can be falsely accused of a crime. If the death penalty is meted out to a person who did not commit the crime, then the sentence cannot be revoked.

It is not true that the threat of capital punishment reduces the number of violent crimes because most crimes are committed on the spur of the moment or under the influence of drugs or alcohol. Many offenders, therefore, do not think about the consequences of their crimes.

Preventing crimes from happening is the most effective way to deter crime. Increased surveillance or police patrols, an increase in the number of police officers, and strict control on the availability of weapons are more practical alternatives in the practice of crime prevention.

For these reasons, capital punishment should be abolished.