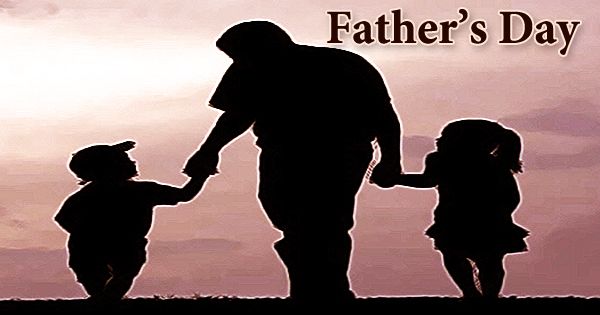 Father’s Day is a day devoted to celebrating fatherhood and parental relations, and it is observed around the world to celebrate the sacrifices that fathers and father figures make to their children’s lives. It is commemorated on a number of dates around the world, with several countries observing the third Sunday in June as Father’s Day. Father’s Day is held on a separate date in different countries. It is observed on the third Sunday of June in Canada, the United Kingdom, and the United States. Argentina, Canada, France, Greece, India, Ireland, Mexico, Pakistan, Singapore, South Africa, and Venezuela are among the countries that have witnessed it. Father’s Day is celebrated on the first Sunday in September in Australia and New Zealand. It is commemorated in Thailand on December 5, the country’s king’s birthday. On the second Sunday in August, Brazilian fathers are honored. Since the Middle Ages, March 19 has been observed as Saint Joseph’s Day in Catholic countries across Europe. Sonora Smart Dodd created Father’s Day in the United States, and it was first observed on the third Sunday in June in 1910. After their mother died in childbirth, Washington’s father, a Civil War veteran, raised her and her five siblings. She is said to have had the idea in 1909 while listening to a sermon about Mother’s Day, which was only starting to gain prominence as a holiday at the time. The idea was endorsed by local religious figures, and the first Father’s Day was observed on June 19, 1910, the month of Dodd’s father’s birthday.

Many people make a special effort for their fathers or father figures on Father’s Day. Some people pay visits to their fathers, while others send presents, flowers, or other gifts like clothes, sports equipment, or high-end food. Since Father’s Day is a relatively new holiday, each family has its own traditions. These can be as simple as a phone call or a greeting card, or as elaborate as large parties honoring all father figures in a family. Fathers, stepfathers, fathers-in-law, grandfathers, great-grandfathers, and even other male relatives may all be called father figures. Many men, on the other hand, tended to hate the day. As one historian writes, they “scoffed at the holiday’s sentimental attempts to domesticate manliness with flowers and gift-giving, or they derided the proliferation of such holidays as a commercial gimmick to sell more products often paid for by the father himself.” In addition to Father’s Day, several countries observe International Men’s Day on November 19 to honor men, including boys. In most countries, Father’s Day is not a federal holiday, with the exception of Thailand, where it coincides with the King’s Birthday, which is a public holiday. Since Father’s Day falls on a Sunday in other countries, public offices are closed and only a few businesses are open. Weekend plans refer to public transportation. People who want to eat at a restaurant on Father’s Day should consider making a reservation in advance, as restaurants will be busier than normal as many people treat their fathers to a special meal. The British and other countries’ traditions are believed to have been influenced by the American tradition of Father’s Day. In comparison, Mother’s Day in the United States and the United Kingdom has a somewhat different history.