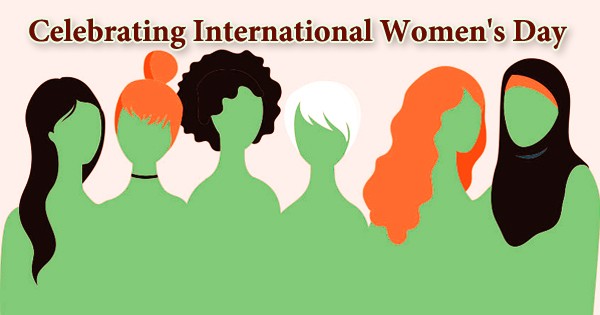 International Women’s Day (IWD), also known as the “Women’s Rights and International Peace” Day of the United Nations (UN), is celebrated annually on March 8 to commemorate the contributions of women throughout history and throughout nations. It has been funded by the United Nations (UN) since 1975 and is a national holiday in many countries. In the early 20th century, International Women’s Day (IWD) arose out of efforts to promote women’s rights, especially suffrage. It is a focal point of the women’s rights movement. The day is an occasion to reflect on the progress made and the challenges ahead and to commemorate the acts of courage and commitment of women who have played an outstanding role in the advancement of their communities and nations. The Socialist Party of America in 1909 held the first National Women’s Day in its movement for female conflict, which was highlighted by mass gatherings across the United States; the day was observed until 1913. At the 1910 International Socialist Woman’s Conference, German delegates Clara Zetkin, Käte Duncker, Paula Thiede, and others suggested that “a special Women’s Day” be held annually. March 8 became a national holiday thereafter women obtained suffrage in Soviet Russia in 1917. Various women are usually invited to speak at different events on the day, including national, cultural, and business leaders, as well as leading educators, inventors, entrepreneurs, and television personalities. Seminars, seminars, lunches, dinners, or breakfasts may be part of such activities. The messages were given at these events frequently concentrate on a number of subjects, such as creativity, the representation of women in the media, or the importance of opportunities for education and employment. The day was then largely celebrated by the socialist movement and communist nations until the feminist movement embraced it in about 1967. In 1977, the United Nations started celebrating the day.

In some nations, International Women’s Day (IWD) is a public holiday; it is a day of protest in some places; it is a day of celebration of womanhood in others. A particular mention of International Women’s Day is made by many workplaces through internal newsletters or announcements, or by circulating promotional material reflecting on the day. The bulk of the world’s utter poor, 1.3 billion, are women. On average, for the same job, women receive between 30 and 40 percent less pay than men earn. Women also continue to be victims of abuse, with rape and domestic violence identified by women worldwide as important causes of disability and death. IWD (International Women’s Day) was celebrated for the first time on March 19, 1911, in Austria, Denmark, Germany, and Switzerland by over a million people. The date of March 19 was chosen because it commemorated the day in 1848 that the Prussian king vowed to introduce women’s votes. The pledge offered hope for equality, but it was a promise he did not keep. In 1913, the International Women’s Day date was relocated to March 8. In the International Women’s Year of 1975, the United Nations started celebrating International Women’s Day. In 1977, the General Assembly of the United Nations invited the Member States to declare March 8 as the UN Day for the Rights of Women and World Peace. In the above-mentioned countries on this day, where it is often referred to as Women’s Day, several companies, government offices, educational institutions are closed. In several other nations, International Women’s Day is a national observance. Not a single nation today can say that gender equality has been achieved. In law and in culture, several barriers remain unchanged. Women and girls continue to be undervalued; they work hard and earn less and have less choices; and at home and in public spaces, they encounter various types of abuse. In addition, the rollback of hard-won feminist advances poses a serious challenge. The day was planned to help countries around the world eradicate discrimination against women. It also concentrated on helping women achieve complete and equitable participation in global growth.