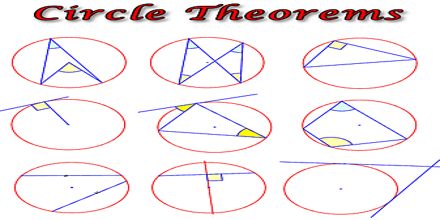 The aim of this lecture is to present on Circle Theorems. We know two radii and a chord make an isosceles triangle. The perpendicular from the centre of a circle to a chord will always bisect the chord (split it into two equal lengths). Angles formed from two points on the circumference are equal to other angles, in the same arc, formed from those two points. Angles formed by drawing lines from the ends of the diameter of a circle to its circumference form a right angle.