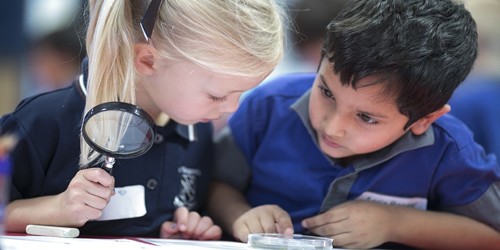 Co-education means the education of boys and girls in the same educational institution and at the same time. It is a system of educating boys and girls together. In the primary stage, co-education has been the rule in all countries. Plato, the Greek philosopher, believed that co-education helped in the development of the personality of both men and women and created a feeling of comradeship among them. In the university also, it is nowadays the rule almost everywhere. Today co-education is prevalent in almost all the countries of the world. It is also felt that university students who have attained age and developed intelligence and a proper sense of their duties and responsibilities should be treated as matured and responsible citizens.

Co-education generates a spirit of healthy competition among boys and girls. However, some people are opposed to the system. The problem of co-education in the second stage was in the past a debatable subject. At this stage students are in their adolescence; free mixing between the sexes in this period of life, it is held, may disturb the normal development of their mind. This is more so, as at this stage the students are apt to be emotional and excitable.

In a small but populous country like Bangladesh, at least for economic reasons, co-education is advisable. There have been arrangements for separate benches and girls in the classes, and separate playgrounds outside for boys. There have been men and women teachers, who can make the task of enforcing discipline and general supervision easily. When boys and girls interact with each other right from childhood the fear, craze, and mystery of the opposite sex automatically removed from the mind.

The objection to co-education was largely due to the conservative social prejudices of the people, fostered by the purdah system. It helps the boys and girls to intermingle and understanding each other well. They become more broad-minded and tolerant of the opposite gender. But the tempo of modern life is fast breaking these barriers down. Co-education is now a widely accepted practice, more a rule than an exception. In a co-educational school, boys are free to meet and talk with girls. They develop a feeling of friendship among themselves. So the number of co-educational institutions is now on the increase.

Economic factor has been helpful in ensuring this social development. Hence is the number of separate girls’ institutions is very few and co-education has become unavoidable. Women have, in most progressive and democratic countries, been given equal rights and opportunities and they have given a good account of themselves in winning in lair competition with boys. Today girls are entering all professions in large numbers. Many of them are heading bug organization.

The wireless or, radio can be used for educational purposes, besides entertainment. The radio’ selects, condenses and gives us bits of important information. It has programs to suit all types of listeners of all age groups. The radio, however, largely is for propaganda by the government. To tell what people should or should not do, it controls in an increasing measure the daily life of individuals, the radio is now a handy medium for the government. An adjunct of broadcasting is the growth of television in which you can not only hear a man speaking but see the man speaking. Broadcasting plays an important role in most respects.

It should be acknowledged that in the fast-changing society of the twenty-first century co-education has to become the order of the day. The setting, moving, talking, studying and eating together removes many complexes and makes the person’s approach more rounded and wholesome. It teaches the students to face the realities of life. By adopting this system at the secondary and higher secondary level we will only be able to promote vulgar-ness in our society.