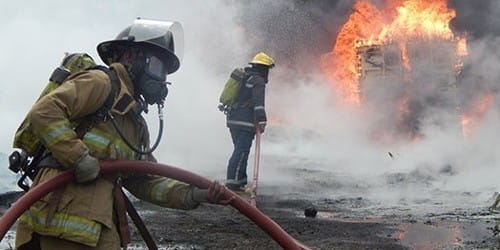 [Brave Fire Brigade firefighters have been commended by Chief Fire Officer or higher authority. Here briefly focus on Commendations for firefighters members of Fire Brigade. You can make any change to the below application as per your needs.]

Re: Commendation of professionalism of the members of the fire brigade

It gives me great pleasure to write this letter commending the positive attitude and professionalism of the firemen who attended to a fire that occurred in my neighborhood. (Describe in your words). The moment the two fire trucks arrived, a group of the men immediately set about pushing the curious onlookers to a safe distance while the others went about laying out the hoses, connecting to the fire hydrants and assessing the fire. (Explain all about the situation).

To me, all this initially looked to be a waste of time as they were not attacking the fire for almost three whole minutes. All of us gathered there were terribly shocked as there was a loud explosion soon after three firemen had entered the building. (Describe what was happen). I was surprised when I heard one of the firemen talk to those who had entered. He was telling them in clear and unhurried tones to go on ahead as the explosion they expected was over. Only then did it strike me that the fire brigade knew more about the fire in one look than anybody gathered there. (Explain firefighters bravery with your respect). I noticed that they had a systematic way of attacking the fire and breaking windows to open up safe channels for the fire to be directed before being attacked with the hoses.

The professional finesse and well-trained casual manner of the firemen really opened my eyes and mind to how much the preparation and guidance they have. (Cordially describe your greetings on firefighters). Congratulations on a job done exceedingly well.