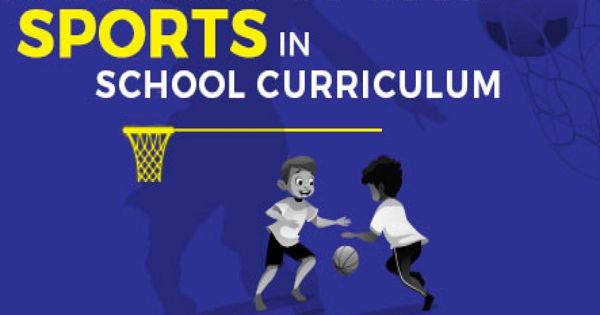 Compulsory Games in Schools and Colleges

The need for students to participate in games is universally admitted. There is no denying the fact that such participation makes students more fit, disciplined and efficient. Not only is the body made beautifully, but traits of character are developed which in the long run make one a better leader and worker. In European countries, the question of compulsion does not arise since every student joins some form of games throughout the year. But unfortunately, our heritage is different; we are never encouraged to join games. Things are improving certainly, but the pace of improvement is slow. The result is manifest when we are pitted against foreign teams and international games and sports. Then all our skill is of no avail against superior physical fitness. Therefore the question is asked should the game be ‘lade compulsory?

If games are good for us, there can be no objection to introducing compulsion. The theory is unexceptionable and will receive unanimous support wherever it is advanced. Where young people do not themselves come out on the playgrounds, compulsion is salutary and even essential. And yet that it has not been introduced is easily explained. It is a good thing that the revised curricula of the Secondary School Board in West Bengal have made physical fitness a condition for passing the final Board education. There are difficulties that seem almost insurmountable.

First, in a big city, there is the want of playgrounds. Most colleges and schools in the cities do not have attached playgrounds they cannot think of introducing compulsion because they do not have the space to organize games on a mass scale. The difficulty, however, is locally confined to congested cities. But even more difficult is the problem of nourishment. We are an ill-fed people: it has been scientifically shown that the caloric value of our food is quite Insufficient. To impose physical labor on us without substantial improvements in our dietary would have unfavorable results. Thirdly, there is the everlasting question of finance. Compulsion in games is unthinkable without the services of a sufficient number of teachers and organizers. There must be money spent also on the maintenance of grounds and equipment. Considering the slender resources of our educational institutions, the expenditure of money on games would be looked upon as a luxury.

But the difficulties have to be overcome. The question, of suitable playgrounds, is the least difficult. In the countryside, there is no want of land. In the city, arrangements must lie made with the Corporation or the Government to set apart the parks and maidens for the use of students for a certain period every day. The planned distribution of time and space may not be impossible.

Finance will be a greater difficulty without liberal grants from public funds. Fortunately, in recent years, governments are turning their attention to this aspect. The Universities and Educational Boards are allocating funds to schools and colleges for physical training.

As regards suitable food, the burden should be shared between the State and the guardians. Nutritious tiffin should be provided in schools and colleges at more or less subsidized rates. The maintenance of canteens to provide cheap basic food like milk and fruits is a necessary reform in keeping with the spirit of the times. Guardians should also be encouraged to co-operate by introducing a properly balanced diet in the home even against national habits and prejudices.

As regards physical instructions the schools must make provision for them, as they do for instruction in any other subject. They call claim Government help, and no National Government should he niggardly. Students of any institution who have specialized in physical culture may be required to put in service for a year or so in this department of the institution after they pass out.

The problem is important. It should be immediately taken in hand by the School Boards and Universities. Something, of course, has been done recently. Under the Amrit Kaur Scheme, arrangements are being made to provide suitable instructors at different centers. A mountaineering school of which Tenzing Norkay is a member has been established in Darjeeling with State aid. But all this is being done in a rather unplanned way and is meant more to promote individual efficiency than to encourage all-round development. This can be done only by introducing compulsion in our schools and colleges. With goodwill and effort, it is not unmanageable.