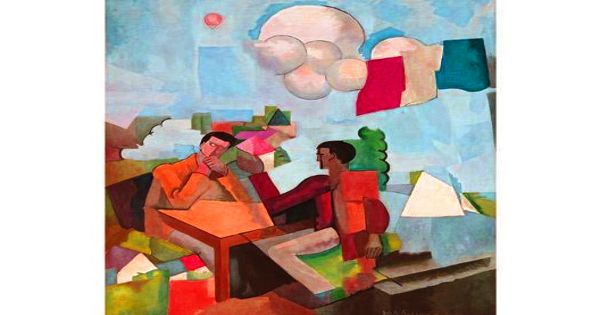 Conquest of the Air

“The world is. Enjoyed by heroes,” so runs a Sanskrit adage. Formerly the hero was he who conquered his fellow-men by the might of arms. But today we have, perhaps, or should have a somewhat different conception. The modern hero has got to conquer, matter with the help of the mind. It is this conquest that brings out the heroic in his nature. Man must destroy all opposition; he must “annihilate time and space.” Heroism lies in achieving the impossible, and man is forever inspired by this noble impulse. He feels that he has in himself something of the power that lies behind creation, the intellect that can mold matter into shape.

It is out of this impulse that the desire to conquer the air and fly like birds arose in the human mind. Poets had always imagined this. The Pushpakarath of Ravana, the wings of Daedalus, the magic carpet of the Arabian Nights—all these are imaginative efforts on the part of poets to ride the spaces. But only in recent years has science been able to translate the dreams of the poets into facts of reality. To achieve this, scientists studied the upward tendency of gases; they studied the Mechanism of the flight of birds; they improved the motor-power of mechanical engines. They made experiments and risked their lives; they fumbled with the balloon; they struggled with the airship; and at long last, after repeated failures, they arrived at the modern ‘flier’ —the airplane with all its varieties—monoplanes. and biplanes and helicopters—and today the Siris full of the hum of mighty Rolls-Royce engines rushing through space, carrying with ease and speed nearly a thousand passengers.

The earliest machines were made by imitating the flying mechanism of birds. These were known as Ornithopters or flapping-wing machines. The great name of Leonardo da Vinci is associated with these. But these never even approached success. There was another school of scientists who worked on the hypothesis that these machines must be made on the “lighter-than-air” principle. Roger Bacon started the hypothesis as early as the thirteenth century. But it took centuries for these theories to materialize in practice. The first step was taken with the invention of the balloon towards the end of the eighteenth century in France. When a hydrogen-filled balloon could be kept in the air for half an hour, it was thought that the problem was as good as solved. Experiments were then started to navigate the balloon and control its movements, and the first navigable balloon or airship was constructed in 1784 by two Frenchmen. But even this was of no practical use.

With the discovery of steam-power, a steam-driven airship was made in 1852. But it was useless. Then came the age of electricity, and the electric propeller was sought to be utilized in 1883. But the risks remained great, and experiments on these lines did not seem to be justifying themselves.

Meanwhile, the exponents of the “heavier-than-air” principle were carrying on their experiments. A remarkable article was contributed in 1899 by one George Cayley to Nicholson’s Journal, in which he outlined the outstretched wings, the screw-propeller, the ‘explosion’ motor, and the streamlined shape of the modern airplane. Gliders with rigid wings and movable tails came first in the field. But the real credit for evolving the modern airplane belongs to the Wright Brothers of America, who successfully flew an airplane fitted with a petrol engine. From 1903 to 1908 was the period of decisive experiments. Then came the European War of 1914. The construction of airplanes was studied and improved upon, and progress was rapid. The airship also was given a new lease of life, and the monster zeppelins of Germany came into being. But the Zeppelin was found to be unreliable and was scrapped. During World War II the airplane had become almost perfect, and today for long-distance travel, the airplane is superseding all other means of locomotion.

In times of war, the whir of the airplane is ominous, for it is the carrier of death-dealing bombs. But in peace, these inventions prove their worth and serve to draw the world closer together. This closer communication must develop intimacy among nations. They will study each other’s wants and achievements. It is possible that in the long run aero panes will create a feeling of international amity. Before the invention of the steam engine, who could imagine any contact between the East and the West beyond the remote and the casual? But now, in spite of everything, the East, and the West are closer to each other than ever in human history. We reach London in a day, America in two days. Time and space have been shortened. A student can go out to distant universities with ease; merchants can carry on their trade far and wide; scientists can come to each other’s laboratories in their common search after truth. International conferences have become every-day affairs. Thus will arise out of the tumultuous discords of the present, a unity among nations that will bring in the golden age of human brotherhood. The conquest of the air will then be a means of promoting human welfare in the highest sense.

While on the subject, it is relevant to refer to the next step in the conquest of the air. Today we are on the threshold of a new era of interplanetary communication. Soviet scientists have proved pioneers who have opened the unlimited region of the firmament. Gagarin has-circled the globe and returned to earth safely—an adventure before which Columbus’s discovery of America pales into insignificance. And even now man-made satellites are whizzing past into the wide spaces and they have landed on the moon. Who knows if the conquest of air will not soon lead to other bigger adventures into regions undreamt of by our forefathers?