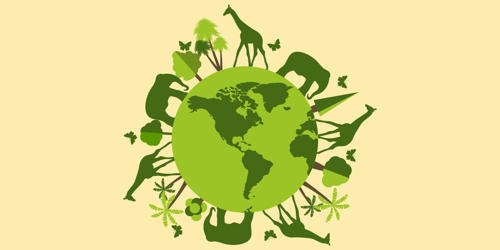 Conservation of Wildlife – a speech on the measures to preserve wildlife

Good morning, teachers and friends. Never has wildlife faced such great threats of extinction as in the last few decades. We bulldoze forests to make way for concrete jungles, depriving many species of the flora and fauna native to their habitats. We dump all types of waste into our rivers and seas, doing irreparable damage to freshwater and marine species. We hunt for sport and use animal parts to cater to our exotic tastes. All our actions are resulting in the dwindling of wildlife. We are losing plant and animal species at an accelerated rate. Wildlife conservation is the practice of protecting animal species and their habitats. Conservation of Wildlife is necessary to recognize the importance of nature and other wildlife species.

Conservation of Wildlife is important to protect the endangered plants and animal species along with their natural habitat. Ladies and gentlemen, what can we do to stop this massacre? Firstly, wildlife trade should be banned. The authorities should strictly prohibit the sale of animals and animal parts whether it is for medicinal or for other purposes. Wildlife consists of flora and fauna, i.e. plants, animals, and microorganisms which are not domesticated by humans. Forests are habitats for numerous species of flora and fauna. Dwindling forests means dwindling wildlife. Therefore, forests should be preserved. Promulgating laws alone will not be an effective deterrent. Offenders should be punished. The authorities should invoke the full weight of the law to make offenders cease their illegal trade.

For wildlife species that face the threat of extinction, the authorities should make a concerted effort to conserve them. The creation of forest reserves and animal sanctuaries will prevent animal and plant species from being wiped out. The success of the Sepilok Orangutan Rehabilitation Center in Sabah is a clear example of how effective such conservation programs are. Similarly, the establishment of marine parks can protect both marine life and their habitats from being destroyed. The main concern is to preserve the habitats so that the future generations of wildlife and even humans can enjoy it.

Scientific research can single out threats to flora and fauna species and also discover ways of tackling these threats effectively. Monetary incentives such as grants from the government will encourage scientific research. the mass media and television programs like National Geographic can instill awareness in the public on the need to preserve biodiversity. The coverage of wildlife issues should be increased. These can be causes such as pollution, climate change, unreasonable laws. Moreover, quotas can lead to excessive hunting and a high number of wild animals in captivity.

Conservation of Wildlife is necessary to recognize the importance of nature and other wildlife species. The public, too, should play its part. As green consumers, we can refuse to buy products that make use of animal parts.  It is important to protect the endangered plants and animal species along with their natural habitat. The main concern is to preserve the habitats so that the future generations of wildlife and even humans can enjoy it.

If the authorities, the private sector and the public play their part, we can put a stop to practices that endanger wildlife.