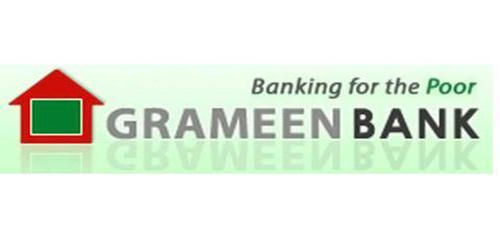 The Grameen Bank (GB) provides microcredit to the poor without any collateral to generate employment, income, and self-esteem. Grameen Bank has opened a new horizon in alleviating our poverty and has set a new example. It is playing a significant role in alleviating our poverty and improving the financial crises of our people, especially of the womenfolk. The process that takes place in the Grameen Bank is better characterized as organizational development for people’s direct participation in economic activities.

In our traditional banking system, the rich people are offered with the opportunities of credit in exchange for security. Poor people do not have any access to the traditional banking system. Over the past decades, many developing countries’ development strategies followed a ‘top-down’ administrative approach. This was the main reason that the poor at the grassroots level could not participate in the social development process to become its beneficiaries. The poor women of rural areas are never allowed to receive any credit without any security. But it is only Dr. Muhammad Yunus who first initiated the micro-credit program for the poor women of the rural areas and began to provide loans to the womenfolk without any security. In general, conventional banks and other financial institutions disburse their loans against collateral, so only rich people have access to the bank. The result was tremendous and incredible. He proved that the loans provided to the women are used properly for their self-reliance and the recovery of loans is 100%.  The Grameen Bank goes to the poorest of the poor at the grassroots level and disburses its microcredit loans without any need for collateral.

The rich people especially the males do not show any interest to repay loans whereas poor people especially poor women are very serious to repay the loans. Dr. Yunus started his microcredit program with a small amount of money which he provided to a few poor women living in the surrounding villages of Chittagong University where he was serving as a teacher. He wanted to prove that the poor people are very serious to repay the loans when they are provided with loans without any security. Thus he proved his success from the locality of the Chittagong area, where he provided loans to only 17 women. The amount granted to each woman was only one pound. All the women recovered the loan and the recovery rate was 100%. All the 17 women became self-reliant with the minimum credit provided to them. This success from Zobra village near Chittagong University inspired Dr. Yunus to vary tremendously and he gradually expanded his microcredit program throughout the whole country. The landless and the destitute could not avail of any loan facility from the existing banking system, as they did not have assets to provide collateral.

The Grameen Bank was not started as a bank or financial institution at the very beginning. It was established by a professor (Dr. Yunus, winner of the Nobel Peace Prize 2006, now known worldwide) of Economics at Chittagong University in Bangladesh. Now, this microcredit program is going on in more than 60 countries in the world. Many other countries are also going to undertake the microcredit program like Grameen Bank. Dr. Yunus and his Grameen Bank have been awarded the Nobel Prize in 2006 for peace. We really feel proud of Dr. Yunus who initiated the microcredit program for poverty alleviation in Bangladesh. In conclusion, the alleviation of poverty is an ongoing and gradual process for a country. Both theoretically and practically microcredit indicates a way out to get rid of poverty scientifically. Micro-credit became a new phenomenon in the present world due to its recognition of an efficient weapon to fight against poverty.