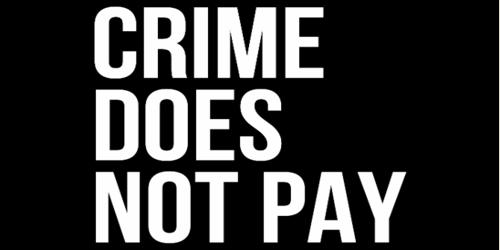 Crime does not pay – an Open Speech

Crime does not pay – an Open Speech

As the only child in the family, Billy was the apple of his parents’ eyes. Born with a silver spoon in his mouth, Billy could have anything he wanted. His father was a successful entrepreneur while his mother was a consultant. Their busy careers left them with little time to spend at home. As a result, Billy was lonely and bored.

Billy craved attention. He mixed with the wrong group of friends and started playing truant. Soon, he started taking drugs. When his parents came to know about Billy’s behavior, they tried to make Billy turn over a new leaf. However, their efforts proved futile.

Soon, Billy was on the wrong side of the law. He was hauled up by the police at a nightclub. Billy was caught for being an underage nightclub patron and also for taking drugs. Billy’s devastated parents took him to a doctor. On the doctor’s advice, he was enrolled for counseling sessions. All their attempts to reform Billy were to no avail.

Billy ran away from home at the age of 17. To support his expensive drug habit, he became a drug pusher. Soon, Billy became a hardcore addict. His impoverished appearance and dirty attire became telltale signs that gave him away. His heavy dependence on drugs took a toll on his health.

One day, Billy became very ill and had to be rushed to the hospital. After several tests, he was diagnosed with AIDS. Billy knew that his days were numbered. On the spur of the moment, he wanted to go home and apologize to his parents. He knew it would break their hearts to see him in the condition he was in. However, he could not find the willpower to break away from his life of crime despite his parents’ pain.

As his dependence on drugs grew, he fell deeper into crime. Robbery, housebreaking, and extortion were added to his list of crimes. High on the wanted list, Billy began a hide-and-seek game with the authorities.

One day, Billy was waiting for a potential client. He was in possession of dangerous drugs. Acting on a tip-off, a police team arrived and arrested Billy. The High court-imposed capital punishment. Before he was sent to the gallows, Billy met his parents. As he said his final farewell, his last words to them were ‘crime does not pay’.