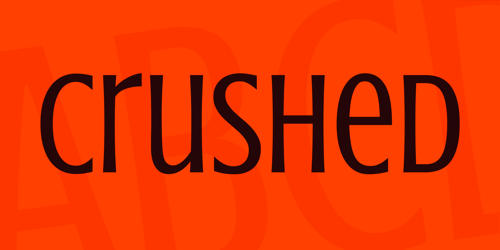 Ah De was hungry again. This was not surprising, for he had only eaten half a bun since morning. It was already late afternoon, and sleeping was not going to help him stave off the hunger anymore. He slowly lowered himself from the ledge he was on and made his way home from the disused bridge he was napping on.

The home was a dilapidated mud shack with so many holes puncturing its walls and roof that the wind practically whistled through it when the rainy season approached. Ah De loved the music of the wind then; it helped him forget the chill that permeated his emaciated body. Though his house was in a pathetic condition, Ah De still smiled as he thought of his mother’s face. She was a wonderful woman who never forgot to make him feel treasured. They were alone in this remote part of China, his father having died in the war. She made meager living washing clothes for other families, while Ah De did his part by eating little and staying out of her way. But in the evenings, she would put her arms around Ah De and tell him the loveliest stories of courage and adventure. Ah De knew that he would do all he could to make his mother happy.

Suddenly, the loud din of cymbals clashing and trumpets playing a merry tune cut the air. Ah De swung around to where the sound was coming from. He saw a procession of people coming down the road, heralding the brightly-colored sedan chair that was carried by four burly men. The children of the village were all dancing around the sedan chair, delirious with joy. Ah De’s curiosity was piqued. The children were usually dour and listless. Why were they so chirpy now? He rushed after the procession.

He finally found out that the man in the sedan chair was an important man in the capital, someone who wielded great power and was back in the village to find a successor. He was a native of the village who had left many years ago to eke out a living somewhere else. Now that he was close to retirement, he needed to find a smart little boy who could carry on his work. Ah De felt a glimmer of hope. He could do it, he was sure. After all, his mother had always said that he was smart. Ah De found out that the rich man was leaving the next day and would bring the chosen boy with him. His heart surged with hope as he went home.

His mother was appalled at his intention. Ah De was surprised. Did she not understand that he wanted a better life for both of them? He would love to see his mother luxuriating in silk instead of having her skin roughened by the coarse cotton that she now wore. He would make sure that she partook of the finest delicacies once he was rich. He wanted her to be happy, not suffering. But his mother cried hopelessly, pleading with him not to go to such lengths for wealth. He simply could not understand it.

Suddenly, he realized why she was crying. She did not want him to leave her! Of course, he would not! Ah De laughed and assured her that he would definitely bring her along to the capital. He loved his mother too much to even leave her for a day. But his words did not reassure her. She merely cried louder. In the end, Ah De fell asleep, exhausted by all the excitement.

Ah De woke up with a start the next morning. The day was unusually bright. He scratched himself irritably, wondering where his mother was. Suddenly, he realized what it was that troubled him. He was late! He had to get to the rich man’s house for a chance to be selected as his successor. Ah De rushed out of the house, tugging at his clothes and trying to slip his feet into the shoes at the same time. When he arrived, all he could see was an empty courtyard. All the trumpeters and musicians were gone. There was no sign of the feasting and celebration that had taken place the day before. Ah De sank to his knees in tears. He was too late. He would not be able to give his mother a better life or buy her silk and delicacies.