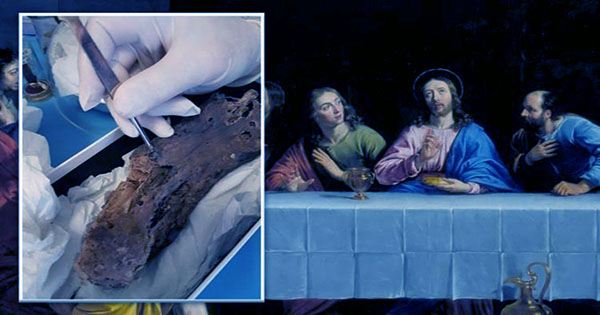 A Roman church has long claimed to retain the skeletal remains of Jesus’ two apostles, St. James the Younger and St. Philip, but a new scientific investigation has strongly proven that this ancient bone fragment is not as “sacred” as once believed. Last month, the Journal of Heritage Science reported that St. James’s presumed bones were much younger than those of Jesus’ contemporaries were; another person’s bones were very decayed and dirty to give any useful insights.

Bones found in St. Apostoli, Rome, a 6th-century Roman Catholic Church built in honor of St. Philip and St. James the Younger, whose later lore believed to be a brother or relative of Jesus. In addition, includes a femur bone responsible for the foot and St. James. Scientists at the University Southern Denmark (SDU) have reached out to the remains and tied them to various chemical testing and imaging techniques. Unfortunately, the supposed bones of St. Philip too contaminated to give a reliable radiocarbon date. The so-called femoral bone of St. James, however, was between 214 and 340 AD. Considering Jesus and his apostles said to have lived in the first century, this shows that the remains could not be the physical remains of St. James.

Known as ruins, the Catholic Church contains the physical remains of many saints, martyrs, and other biblical figures. The intellectual meaning of such things ranged from the place of standing to the eminent church, especially from the fourth century onwards, and a great deal of effort expended in the transport of physical remains. It is not clear whom these bones of Santi Apostoli once belonged to, but it seems likely that they mistakenly picked up in the process of moving from place to place over the centuries.

“We most likely consider it, that anyone who took this femur to the church of Santi Apostoli, believed that it belonged to St. James. They must have taken it from a Christian tomb, so it may or may not have sent to an early Christian, “said Kaare Lund Rasmussen, author and associate professor of studies at SDU’s Department of Physics, Chemistry and Pharmacy.

Professor Rasmussen added, “Although its vacation is not like that of St. James, it has shed a rare light on the history of early Christianity in a very short time and at a time of great deprivation.” However, not all debris is likely to be a dude. Back in 2017, archaeologists at Oxford University analyzed a portion of the bone that, according to legend, belonged to St. Nicholas, the inspiration for Santa Claus. In this case, the radiocarbon dating confirmed that the piece of bone really belonged to St. Nicholas. That is right: Santa can be real above all.