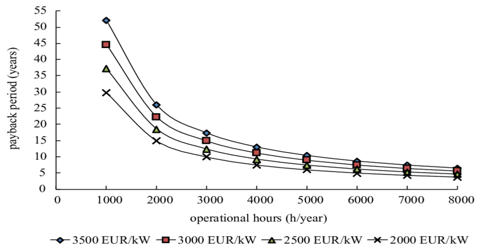 The payback method is a decision rule that says a project should only be accepted if the initial investment is recovered within a certain period of time. The acceptance criterion is simply the benchmark that is set by a firm. Some firms may not find it comfortable to invest in very long term project and wish to enter where they can see results in say medium to long term. For example, a company might say that it only invests in projects that payback within 18 months. The payback period for a project would be calculated and then compared to the threshold set by the company.

When deciding whether to invest in a project or when comparing projects having different returns, a decision based on the pay back period is relatively complex. The decision of whether to accept or reject a project based on its payback period depends upon the risk appetite of the management.

(A) If projects are independent:

(B) If projects are mutually exclusive:

The payback period refers to the amount of time it takes to recover the cost of an investment or how long it takes for an investor to reach breakeven. Management will set an acceptable payback period for individual investments based on whether the management is risk-averse or risk-taking. This target may be different for different projects because higher risk corresponds with higher returns thus longer payback period being acceptable for profitable projects. The payback period formula has certain deficiencies. For example, if you add in the economic lives of the two machines, you could get a very different answer if the equipment lives differ by several years.