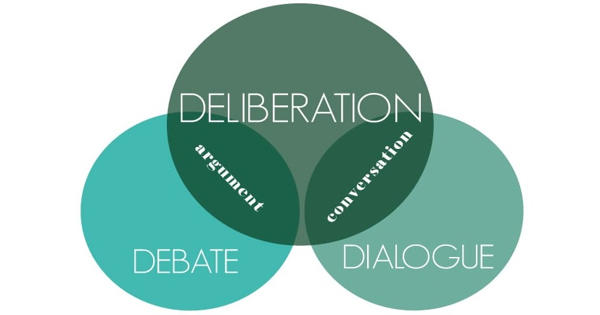 James and Melissa had known each other from a young. They had attended the same kindergarten and primary school. Indeed, they got along famously with each other. It was inevitable that everyone looked upon them as an inseparable pair.

In secondary school, no boy or girl dared to date or separate these famous childhood sweethearts. However, sometimes a relationship can go wrong and so it was with this pair. One day, Madam Chow, the grandmother of Melissa, noticed that her granddaughter was not her normal self She seemed very troubled. Years of counseling teenagers as a teacher had taught her to sense that Melissa had a problem.

“What’s wrong, dear?” she gently asked Melissa, who was slightly startled. With a furrowed face, Melissa answered, “Nothing.” However, her tone and body language betrayed her.

Seeing that her granddaughter was unwilling to unburden herself to her, the grandmother left it as such but advised her that no burden was too hard to bear and to be borne alone.

However, the girl’s sad disposition did not escape the eyes of her friends, students, and teachers. One day, the Tan family received a call from Mrs. Devi, Melissa’s form teacher. Mei Mei, Melissa’s best friend, had informed Mrs. Devi that she saw Melissa leaving a women’s clinic.

The cat was out of the bag for Melissa. On close questioning from her father, Melissa was forced to reveal the truth. It seemed that she was two months pregnant. James was the father. Both teenagers had been in a quandary. They thought they could solve the problem by having a secret abortion without informing their parents.

The day when Melissa was spotted leaving the clinic was the day she went for a consultation. Upon receiving this shocking piece of news, the Tan family swung into action. James’ parents were informed. The two families decided wisely that recriminations on the unfortunate pair over past sins would burden their already guilty conscience. The pressing need was what to do for the future.

A meeting involving both families was held the next day. After the young lovers were strongly chided, they were forgiven by all family members. Attention was then on what was to be done in the best interests of the young couple’s future.

In an atmosphere of goodwill and humanity, the Tan family, after the discussion, proposed the following:

(1) There would be no abortion. Melissa was to leave school when her pregnancy became visible. She would return to school sometime after she had delivered the baby if the school allowed her to do so. Otherwise, she would prepare for her `O’ level examinations as a private candidate.

(2) Melissa would marry James in a quiet ceremony after she left school.

(3) The Tan family would bring up their daughter and her child until James reached adulthood and had completed his studies.

(4) After she turned 21, Melissa and her husband would decide whether they wanted to stay in either family’s household or live on their own. The Lee family readily agreed to the proposal. Everyone was relieved that the issues had been addressed and practical solutions had been found.