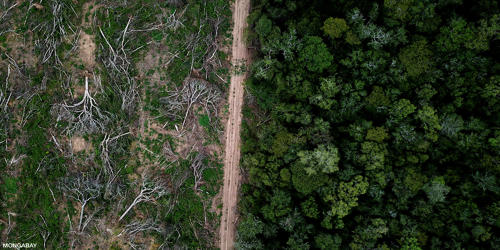 Destruction of the Rainforest

Destruction of the Rainforest

Rainforests make up some of the most valuable resources we have, yet they are being destroyed in massive proportions. The main causes of total clearance are agriculture and in drier areas, fuelwood collection. Many medicines, foods, natural insecticides, and oil-producing trees are found in the rainforest. The main cause of forest degradation is logging. Mining, industrial development, and large dams also have a serious impact. The rainforest also holds endless possibilities for use, undiscovered resources. These could include cures for disease and new food crops that will be wiped out before they are found because of the destruction of the rainforests.

The rainforest is also home to millions of species of animals, plants, and insects as well. It is estimated that five out of six rainforest species have never been seen. This adds up to millions of organisms that have never before been encountered. This demonstrates that more species live in the rainforest than any other ecosystem on earth, and we are obliterating theirs on habitat.

The rainforest is also a big producer of the world’s oxygen supply. When we destroy the rainforest, we are destroying our own oxygen supply. Massive destruction of our precious rainforests is caused by logging, colonization due to overpopulation, and cattle ranching.

The first major cause of mass destruction of the rainforest is logging. There can be as many as 200 different species of trees on one acre of land. The ever-growing human consumption and the population is one the biggest cause of forest destruction due to the vast amounts of resources, products, services we take from it.

Another major cause of mass rainforest destruction is colonization. Roads left behind by loggers make the rainforest accessible to farmers looking for a place to live and grow crops. Farm families clear and burn the remains of the forest to plant crops to keep and sell. These families clear more land than they need to show others that they own it and have “developed” it. These colonists are forced to move to the rainforest because there is no room anywhere else for them to live.

Most of the land is owned by large corporations, so families feel lucky if they are fortunate enough to have their own land in the rainforest. Population growth forces the people to move to the rainforest. Even if farm families can get their own plot of rainforest land, it is not long before they have to move again and clear out more rainforest. Rainforest land loses nutrients quickly after it has been cleared, and it soon becomes eroded and infertile. Since crops won’t grow after this happens, farm families willingly sell the badland to commercial companies. These companies then use the acquired land to form large produce export plantations or cattle ranching: the most destructive form of land use.

The final major cause of mass rainforest destruction is cattle ranching. Cattle ranching in the rainforest yields very low amounts of beef, but it is replacing farming that was more productive.

Cattle ranching yields 91 pounds of beef per acre per year, whereas corn yields 5,000 pounds per acre per year. This is a very inefficient use of the land and is also bad for the economy. After five to ten years of mediocre beef yields; erosion, weeds, and loss of fertility force the ranchers to look for more land. The ranchers keep moving farther into the rainforest and clearing more land in a big cycle. Also, raising cattle requires less labor, so there are fewer jobs. The people without jobs are just more people who want to move to the rainforest. The land just keeps getting cleared and burned until there is no rainforest left.