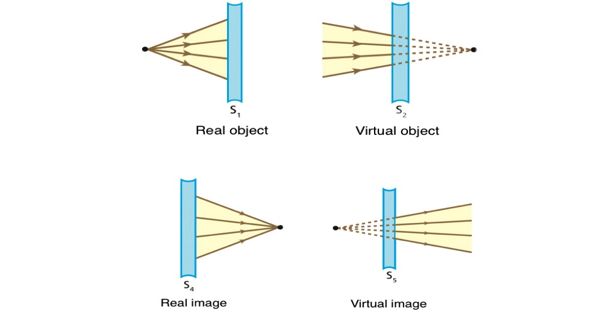 Real image and virtual image are the two classifications of the image that is formed by reflection or refraction of light rays. A real image is formed when rays converge, whereas a virtual image occurs where rays only appear to diverge.

The real image implies the representation of an actual object, produced when the light rays arising from a single source converge at a particular (real) point. These are formed on the front side of the mirror. On the contrary, the virtual image can be understood as the image produced due to the apparent divergence of rays of light from a definite point. These are assumed to be formed at the backside of the mirror. In general, real images are inverted, whereas virtual images are erect. 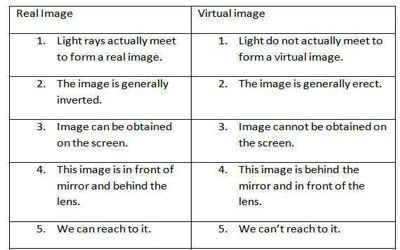