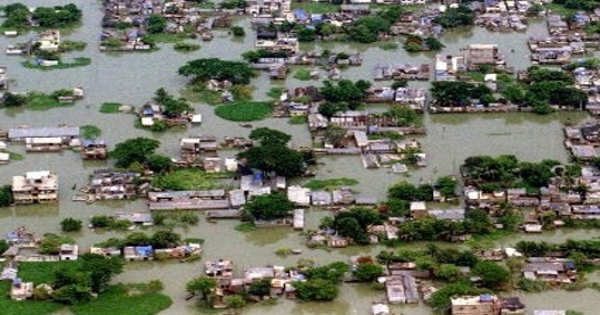 Introduction: Bangladesh is a fair land. But it is also a land that experiences natural calamities of all kinds almost every year. Natural calamity refers to a hind of natural disaster caused by environmental pollution and ecological imbalance. In recent years, they have become more frequent because of climate change over the world. That is why they are now being addressed as a global problem.

Different calamities: The calamities that these land experiences are the northwesterly wind, cyclones, tornados, drought, and then excessive rain and floods. The very name of each of these calamities is enough to present before our eyes a vivid picture of the devastating effects caused by them.

Reasons: The geographical position of Bangladesh is such that it is located in the monsoon region, and the natural calamities are due to its physical features.

Description: The northwesterly wind lashes this land generally in the months of Chaitra and Baishakh. It comes suddenly and causes serious damage to life and property.

The cyclones occur on account of depression in the Bay of Bengal. They cause terrible destruction. People suffer greatly for want of food and pure drinking water. Man becomes helpless when it occurs with mighty violence. Tornados also demolish things causing damage no less severe than cyclones.

Then there are the dangers of the tidal bores. Of course, these tidal bores affect the coastal districts. Sudden on the rush of high walls of water washes away everything from the affected area. Then there are epidemics in the wake of floods and other such natural calamities.

Drought causes a fall in the production of food grains. It is generally followed by famine.

Then comes the question of the flood. Flood has become almost common in this land. It makes life miserable from all considerations.

Natural disaster causes heavy losses in our country. Many people are killed and many others become homeless. The havoc also includes the death of cattle, widespread destruction of houses, uprooting of trees, damage of crops, roads, and structures. Shortly after the disaster, many diseases break out and the communication system is suspended causing untold suffering to people.

Conclusion: Man is helpless against such forces of natural calamities. The only thing that can be done is to see what best precautionary measures can be taken by the joint efforts of the government and the people.

We can take some protective measures to lessen the suffering of the victims. Both long and short-term plans can be taken. Govt. must take projects for aforestation. In addition, warning and preparatory measures have to be improved. Finally, we should raise awareness in people to protect our lives and properties from the tremendous attack of natural calamities.