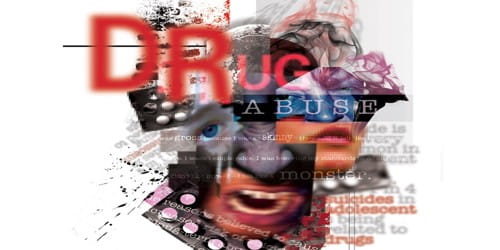 Drug abuse used to be a phrase commonly used for adults, but now it is becoming common among teenagers. The teenagers are very important for the development of one nation. Why does it occur among teenagers and what can be done about it? Teenage drug abuse is one of the largest problems in society today and the problem grows and larger every year.

There are psychological and social reasons. Family problem is one of the causes of teenage drug abuse. Some individuals have a genetic predisposition to becoming depressed due to stress and it is undeniable that teenagehood can be one of the most stressful stages of life. Such a psychiatric disposition could lead to drug addiction because drugs give abusers relief from stress. Friends also is a reason for contact with the drug. Poor stress management and low self-esteem could also trigger the use of drugs as the person simply wants to escape reality. The social reason comes in the form of peer pressure. In order to be accepted by a group, some teenagers succumb to peer pressure and get hooked on drugs. The teenager problem can prevent the parent, counselors, doctor, and police.

There are many symptoms of drug abuse, but some of the most common signs your teen is abusing drugs are – problems with the lawbreaking, Problems at school, Mood swings, Violent behavior, Depression, Poor hygiene, etc.

Drugs are a pervasive force in our culture today. Following that, how can one help reduce the risk of teenage involvement in drug abuse? The increasing rate of student bully and drug abuse among youths is true of great concern. Networking between parents of teenagers is essential. Keeping connected to their teens is also important. If a parent cannot be home with their teen, call and leave notes. Have another adult supervise him or sign him up for an after school program. If these things are not possible, establish a routine for the teenager to keep him busy. Instead, unite the family against drugs using strong family beliefs such as religious teachings. Establish that the family does not use drugs and there are other healthier ways to enjoy life and fix problems than escaping into a drug haze. Drugs are a force pushing teenagers into peer pressure while turning them away from families and school.

The role of parents is crucial in giving serious attention to their children. If you know a teen who is abusing drugs, don’t wait to intervene. Support from family members is a must as they are the closest source to the individual.