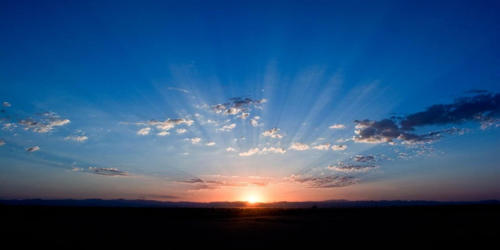 Early Rising means the habit of getting up from bed early in the morning. i. e. at dawn or, before sunrise. Among the habits of human being early rising is the most valuable. Like all other habits, this habit lasts all through life. The man who rises early has got some advantages over the man who rises late. It is not very difficult to form this habit. A man of a firm will easily form it. It enables us to do our work in right earnest.

An early riser gets the opportunity of taking a morning walk or physical exercise that makes his body strong and his mind cheerful. He who rises early is capable of doing a larger amount of work than he who keeps late hours in bed. He who rises late feels a certain heaviness in his work. An early riser can enjoy the fresh air in the morning which refreshes both his body and mind. This prevents him from doing his work in time. All those who won fame in the world were early risers. Early rising leads us to be healthy and wise. Moreover, an early riser can start his works early and as such gets enough time to perform his works properly.

The man who loves to sleep too much cannot form the habit of early rising. A late riser wastes a lot of his time in sleep and idleness. He sets back to. his. Work and sometimes his work remains unfinished. He doesn’t have time to finish his works properly. He loses the vigor and energy of an early riser. The inability of discharging his duties leads him to face several hindrances and ultimately lie lives a miserable life. Time always moves on. It never waits anywhere for anybody.

To make the best use of time early rising has no alternative. In order to get up early, it is necessary that one should go to bed early. If anyone goes to bed early, he enjoys a considerable rest. Late sleeping and late rising are injurious to health. It is one of the best ways to be healthy, wealthy, and wise. Nature does not approve late rising. She teaches us to be an early riser. We may learn to form this habit from birds and beasts.

The student who rises late begins reading late. He cannot prepare all his lessons for the day. He is scolded and caned by his teachers in school. He cannot grow up as an active and smart boy. He is dull by nature. So, it is very important for a student to leave his bed early in the morning. So, we must cultivate the habit of early rising from the very beginning of life.

The habit of early rising is formed at any cost. No one can help to do anything great and useful in the world unless he is in the habit of early rising.  Above all, an early riser gets the chance of enjoying the beautiful sights and sounds of nature. So, the proverb goes — “Early to bed and early to rise, Makes a man healthy, wealthy, and wise.”