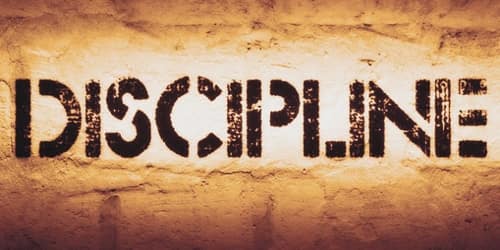 Introduction: ‘Discipline’ means obedience to specific rules and regulations. It is commonly applied to regulating human and animal behavior. In the academic and professional worlds, discipline is a specific branch of knowledge, learning or practice. Man cannot live alone. He has to live in society. So, he cannot do whatever he likes. He has to abide by the rules of society. This obedience to rules and regulations is called discipline.

Discipline can be a set of expectations that are required by any governing entity including the self, groups, classes, fields, industries, or societies.

The Competent Figures of Discipline: All men in society are not competent. Obeying discipline they become so. Hence discipline is to be regarded not as an end but a means to an end. Where initiative is discouraged, originality is satisfied and mechanical conformity to certain codified directions is the be-all and the end-all of life, it is off the mark. But true or real discipline is the voluntary restraint that one accepts in order to enjoy freedom. One who obeys orders is alone fit for commanding others in every sphere of life.

History of Discipline: Disciplinarians have been involved in many societies throughout history. The Victorian era resulted in the popular use of disciplinarian governance over children. Edward VIII had a disciplinarian father, and the English had modeled the royal families during this era. Edward’s grandmother was Queen Victoria who had championed the role of the family unit during her reign. A disciplinarian will enforce a stricter set of rules that are aimed at developing children according to theories of order and discipline. Disciplinarians have also been linked to child abuse in numerous cases and biographies.

Children being educated to use public litter bins are a form of disciplinary education that is expected by some societies. Discipline is followed in every school. If a child cannot use a litter bin the lack of discipline can result in a reaction from observant people in public. Many people observe a form of disciplinary effort in their daily lives. Discipline acts an important role in student’s campus life to enhance their credit and intellectual recognition amongst peers. In academia, discipline can also regard the educator’s responses and efforts that are designed to punish the students.

Nature and Discipline: The nature around us also maintains strict discipline. Every day the sun rises in the east and sets in the west. The moon maintains a cycle. The planets go around the sun on their specific orbits. Seasons change one after another. All these things are proofs of discipline in nature. Discipline is the law of the universe.

Discipline in public life tries to ensure peace and harmony with all and sundry on earth. It offers impetus to the forces of development, progress, and prosperity. No country under the sun can afford to play duck and drakes with the duty known/called discipline. The steady slide in discipline among elected representatives of people manifest itself more often than not in state legislatures where less light and more heat is generated over issues of public interests.

Conclusion: Discipline, in fact, teaches people unity, integrity, responsibility and many other essential things by maintaining law and order. Hence it should be the order in public life with an unswerving attachment to it.