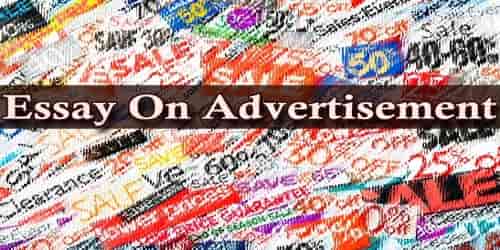 Introduction: Advertisement also called ‘ad’, means publicity of making the demand for goods in the market. It is a public announcement generally print, audio, or video made to promote a commodity, service, or idea through various media, including billboards, direct mail, print magazines and newspapers, radio, television, and the World Wide Web. It has created a new era and brought a revolutionary change in the realm of business, trade, and commerce. In Latin, advertere means “to turn towards”.

Merits And Company’s target: Advertisements for goods promote sales; widen the fields of businesses and increase profit. They attract all classes of people and turn them into constant customers and buyers. The viewers become spell-bound, thundered, astonished and made with enjoying these styled advertisements on the TV screen, over radios, and in the newspapers.

While advertising is used to a limited extent in every modern society, often by some agency or service of the government, it is in countries with economies based on competition that advertising is ubiquitous.

People after hearing and watching advertisements become too much tempted to buy the advertised goods and articles. People of different classes and tastes get themselves well acquainted, familiar and introduced to newly manufactured and established goods, articles, and commodities.

The manufacturing companies, established traders and merchants want to get their respective goods, articles and commodities widely circulated or publicized through advertisements. So they contact the various advertising firms for the purpose. There are many, many and many advertising firms in every country all over the world. They are costly but attractive.

Lack of Advertisement: Mare advertisements do not serve the purpose. The advertisers are to stick to advertise each of the items of goods lest the sale position should go down. On the other hand, the advertisements should have a very good match with the quality product, consumers’ satisfaction, good after-sale-service and a lot of goodwill as well. It may so happen that the sales of strong and good products may decrease or flop down without any constant advertisement. Publicity through advertisements always aims at promoting sales by underlining certain unique qualities of products and commodities.

“Out of sight, out of mind” goes an old and time-tested saying which is appropriately applicable in the sphere or real of trade, commerce, and business. Hence arises “out of an advertisement, out of the sale.” The more consumers listen about advertisements of products, the more they are sure to purchase them. So advertisements are useful and profitable and they can under no circumstances be ignored.

Media of Advertisements: Advertising is communicated through various mass media, including traditional media such as newspapers, magazines, television, radio, outdoor advertising or direct mail; and new media such as search results, blogs, social media, websites or text messages. The manufacturing companies use the media or sources to make wide publicity of their manufactured goods. The important media are very helpful in this regard.

There are many advertising firms. The enlisted, empowered and authorized advertisers or advertising firms conduct a direct negotiation for rates and report the interesting manufacturing bodies on companies for advertisements. The corporate groups, banks, business houses, filmmakers, shopkeepers, traders, manufacturers, spend lots of money on advertisements, not even a single commodity is left unadvertised or unpublicized for its sell promotion and permanent marketing.

Worldwide spending on advertising in 2015 amounted to an estimated US$529.43 billion. Advertising’s projected distribution for 2017 was 40.4% on TV, 33.3% on digital, 9% on newspapers, 6.9% on magazines, 5.8% on outdoor and 4.3% on radio. Internationally, the largest (“Big Five”) advertising-agency groups are Dentsu, Interpublic, Omnicom, Publicis, and WPP. People of various classes and tastes even a child in the mother’s lap should know or learn about newly manufactured goods. These advertisements can easily attract them.

Advertisements on TV sometimes endanger children and youngsters. They are fond of Imitation. Sometimes they want to practice their attracted scenes.

Conclusion: In the past, people were quite ignorant of the advertisement. But today even an infant in its mother’s lap is quite aware of it. Unadvertised commodities do not get their sales promoted. International Manufacturing Companies sponsor worldwide games and sports to publicize or advertise their manufacturing goods internationally or all over the world.