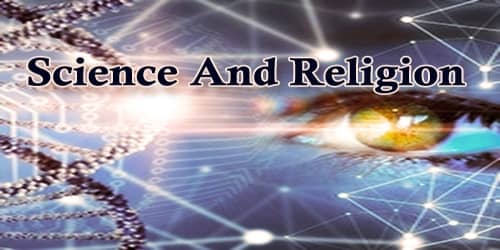 Essay On Science And Religion

Introduction: This is the age of science. But religion is a belief in higher unseen controlling power. They have a reciprocal relation. “Science” and “Religion” are not eternally unchanging terms with unambiguous meanings. Indeed, they are terms that were coined recently, with meanings that vary across times and cultures. Science is the most in formidable truth in human history. Perhaps, this is the most obvious reason some people would like to prove the authenticity of religion by illustrating scientific theories which are otherwise completely incompatible with religion. Religion has its own appeal to mankind. But science and religion are two incongruous subjects.

Relationship Between Science and Religion: The relationship between religion and science is the subject of continued debate in philosophy and theology. Science deals with the material world that we know, religion is concerned with a divine order that we imagine. Science believes in things that can be proved. Religion deals with ideas that cannot be proved. Science depends on reason, religion on the institution.

The scientist bases himself on material facts; religion takes its stand on spiritual ideas. The scientist works in the laboratory of the material world; the religion teacher probes into the recesses of the inward mind. The goal of science is an achievement and that of religion is realization. Hence there exists hostility between the man of science and the man of religion.

One way to distinguish between science and religion is the claim that science concerns the natural world, whereas religion concerns both the natural and the supernatural. Scientific explanations do not appeal to supernatural entities such as gods or angels (fallen or not), or to non-natural forces. For example, neuroscientists typically explain our thoughts in terms of brain states, not by reference to an immaterial soul or spirit.

The Basis of Civilization: Modern civilization is based on science; In every sphere of modern life, science is an inevitable and integral reality. It is beyond one’s imagination how many people are nowadays under the influence of science and technology.

In the material world, we cannot remain isolated for a moment from science. But humans have to lead a spiritual life in addition to their material lives. To a human being, nothing is as true as death. We do not know where we have come from and where shall have to go. In a materialistic world, science gives us everything we need. This contribution is beyond any doubt.

‘Accordingly, a religious person is devout in the sense that he has no doubt of the significance and loftiness of those superpersonal objects and goals which neither require nor are capable of rational foundation. They exist with the same necessity and matter-of-factness as he himself. In this sense religion is the age-old endeavor of mankind to become clearly and completely conscious of these values and goals and constantly to strengthen and extend their effect. If one conceives of religion and science according to these definitions then a conflict between them appears impossible. For science can only ascertain what is, but not what should be, and outside of its domain value judgments of all kinds remain necessary. Religion, on the other hand, deals only with evaluations of human thought and action: it cannot justifiably speak of facts and relationships between facts. According to this interpretation, the well-known conflicts between religion and science in the past must all be ascribed to a misapprehension of the situation which has been described.’

Man Beliefs: It has to be admitted that man believes in religion absolutely, It would be impossible for him/her to take the material world seriously and life would cease to function. Fortunately, a compromise is made; the man pays lip service to religion and God and then gives himself up to worldly things. This leads him to practice unconsciously a whole series of deceptions. He/she lives a kind of double life.

He/she condemns worldly goods and devotes himself to accumulate riches. He/she preaches love and goes on making wars. He/she believes in immortality, yet continues to regard death as an evil. His/her religion teaches him to worship God within himself, yet he/she makes a display of it. This sort of disparity between belief and action or theory and practice would be unthinkable to science and may be said to damage human character permanently.

Conclusion: It is the religion that once hindered scientific developments. In Europe churches executed many researchers and scientists. There are other stories of science and religion together. A lot of books have been written to amalgamate science and religion out to no purpose. So the more we keep religion a lot from science, the better it is for mankind.