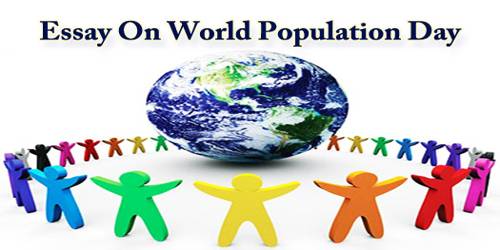 Introduction: World Population day is an annual event, observed on July 11 every year, which seeks to raise awareness of global population issues. This is a day to spread awareness about the problems related to the population. The population on our planet is growing by the day however there are still many parts of the world that are under-populated. Both overpopulation and underpopulation are a cause of concern. World Population Day is a way to highlight the problems related to the population to people living in different parts of the world. Many organizations including NGOs, hospitals, schools, and offices organize activities and celebrate this day to share this global problem with people in an interesting way and seek help from them to control it.

The Day was first marked on 11 July 1990 in more than 90 countries. Since then, a number of UNFPA country offices and other organizations and institutions commemorate World Population Day, in partnership with governments and civil society.

World Population Day Celebration: The event, “World Population Day” was established by the Governing Council of the United Nations Development Program in 1989. It was inspired by the public interest in Five Billion Day on 11th July 1987, the approximate date on which the world’s population reached five billion people. World Population Day aims to increase people’s awareness on various population issues such as the importance of family planning, gender equality, poverty, maternal health, and human rights.

The United Nations encourages the celebration of this unique day to ensure that the purpose behind establishing this day is met. A number of activities are organized to celebrate this day at different places around the world. Various organizations come up with innovative ideas to celebrate this day and put across the point in an effective way.

Here are some of the advantages of celebrating World Population Day around the globe:

Highlight Population Problems – It is a way to highlight the various problems related to population growth. It serves as a platform to educate the masses about how the global population is growing by the day. Various problems that are an outcome of the rapidly growing population are highlighted through different events and activities organized on this day. Some of these include unemployment, poverty, a rise in pollution level, rapid consumption of natural resources, global warming, deforestation, and a decline in biodiversity.

Sensitize People – Many people, especially those living in remote regions, are unaware of the problem of population. These people are sensitized about population-related problems. Speeches are delivered and camps are organized to reach out to more and more people. Many organizations especially NGOs volunteer to go to such places and spread awareness about population-related problems to help people understand how this is gradually leading to the destruction of our planet.

Highlight Advantages of Population Control – By way of various activities on World Population Day, people are made aware of the advantages of population control. Some of these advantages include better employment opportunities, the raised standard of living, greener spaces, rich biodiversity, and less pollution. This inspires people to help control the population.

Seek Help to Control Population – Numerous events are organized at different places around the world and speeches are delivered not only to highlight population-related problems but also the ways in which people can help in overcoming these. People are made aware of how their contribution can help and are also requested to render help in overcoming this serious problem.

Different themes are set each year to make people aware of the various problems related to the population. Some of the themes set for World Population Day in the past include Reproductive Health and AIDS in the year 1996, Approaching the six billion in 1998, Saving Women’s Lives in 2000, 1,000,000,000 adolescents in 2003, Plan Your Family, Plan Your Future in 2008, 7 Billion Actions in the year 2011, Focus on Adolescent Pregnancy in 2013, Vulnerable Populations in Emergencies in 2015 and Family Planning is a Human Right in 2018.

Conclusion: On World Population Day, advocates from around the world are calling on leaders, policymakers, grassroots organizers, institutions and others to help make reproductive health and rights a reality for all.

While over pollution is a serious concern, countries with underpopulation have their own struggle to fight. World Population Day is a day to highlight these struggles and challenges. It is a way to encourage people to contribute their bit towards controlling these problems.