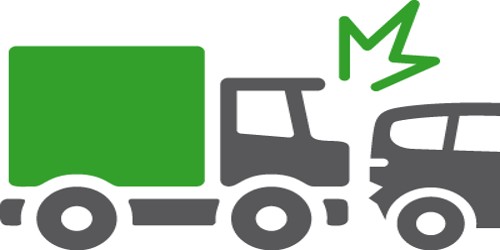 It was a very cold morning as it had been raining very heavily the previous night. As my mother was feeling a little under the weather, my sister volunteered to drive me to school. I had overslept and as a result, was running a bit late for school. We got into the car hurriedly. The road was already congested with traffic. It appeared that everyone was late as well.

My sister was a careful driver and despite the fact I was already late, she refused to drive fast on the slippery road. I was lucky she was such a resolute and careful person because a few hundred meters away from the school, we witnessed a tragic accident. it all happened very quickly, as most accidents do. A car full of school children had made a left turning without signaling and as a result, a school bus crashed into it. A few cars behind the school bus rammed into the bus as they could not break-in time and soon it became a pile-up. The already congested road became jammed with vehicles that came to a crawl. I told my sister that I wanted to help the victims and she nodded silently. She brought the car to a halt not too far from the accident spot.

The scene that greeted us was something I would never forget. It left an indelible imprint in my mind to date. The impact of the accident had plunged three school children out of the car. The driver, a lady, lay lifeless on the steering wheel. I rushed to the children who were preschoolers. Two of them were seriously hurt and bleeding profusely from the head and hands. they were conscious although too weak to realize what had happened. One of them had her left hand severed and appeared unconscious. I think she was killed on the spot. In the meantime, passers-by had called the ambulance and while waiting we tried as best as possible to help the victims.

The passengers on the school bus too were injured. I dashed into the bus and saw the driver laid slumped on the wheels. He had severe injuries on the head. While my sister helped him down from the bus, I told the injured school children to stay calm. Most of them appeared to suffer from minor cuts and bruises on their arms and bodies. it was really fortunate that nobody was badly hurt. By then a few adults had entered the bus and together we instructed the children to come out of the bus slowly. The children were crying and screaming for their parents and we had to hug them to keep them quiet.

Meanwhile, two ambulances had arrived. A traffic police car was there too. Two policemen were taking down statements from eye-witnesses. The injured and the dead were whisked away to the hospital. My sister and I later gave an account to the police about what had happened.

I was late for school. In fact, many drives were also late for their work. I informed my teacher of the accident and both felt that it could have been prevented if the drivers had been more careful. Innocent lives would not have been lost otherwise.