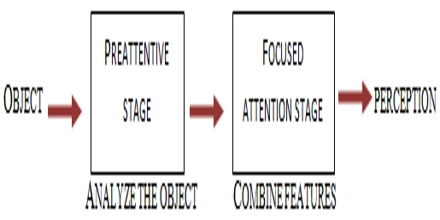 Function integration theory is a theory of attention developed in 1980 by Anne Treisman and Garry Gelade that shows that when perceiving the stimulus, features are generally “registered early, on auto-pilot, and in parallel, while objects are generally identified separately” and at the later stage with processing. The theory has been the most influential psychological models of human visual attention.